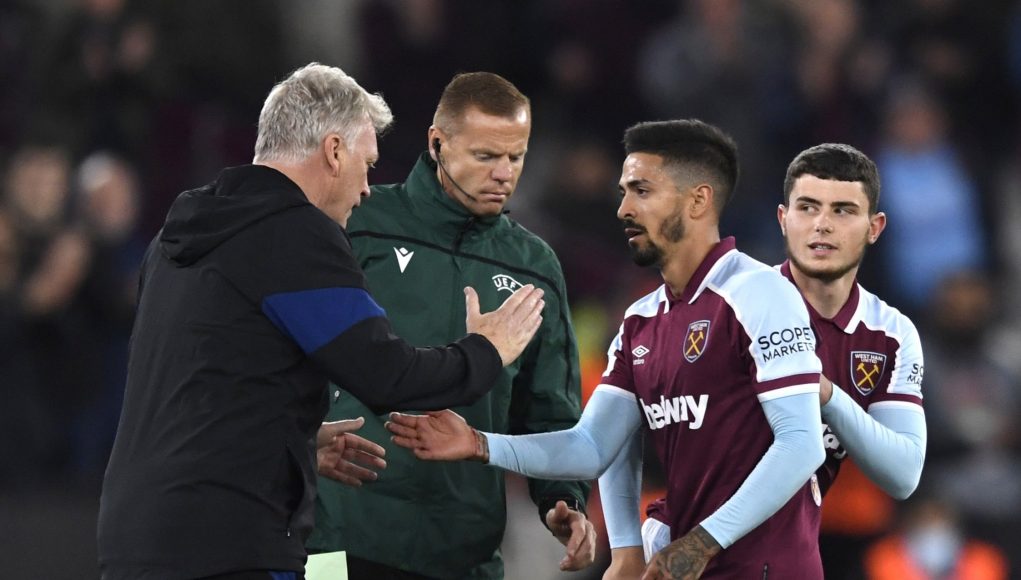 Manuel Lanzini has been forced to settle for a squad player role at West Ham since David Moyes returned as manager.

Despite only making three appearances in the Premier League so far this season, the Argentine has featured on four occasions in cup competitions.

He did score the winner against Man United at Old Trafford in the Carabao Cup third round and also registered an assist for Jarrod Bowen’s goal in the Hammers’ 3-0 Europa League win over KRC Genk on Thursday.

But his playing time has been severely limited of late, with the likes of Bowen, Said Benrahma, Pablo Fornals and Nikola Vlasic often preferred ahead of him.

However, he enjoyed a solid game against KRC Genk and made way for youth prospect Daniel Chesters late in the second-half.

And the attacking midfielder took to Instagram after the game to hail the Hammers’ latest Europa League victory, posting two pictures of him celebrating goals with his teammates, with the caption: “Very good performance boys. +3.”

And fans responded to his post in the comments, saying things like “great performance” and “our Argentinian jewel.”