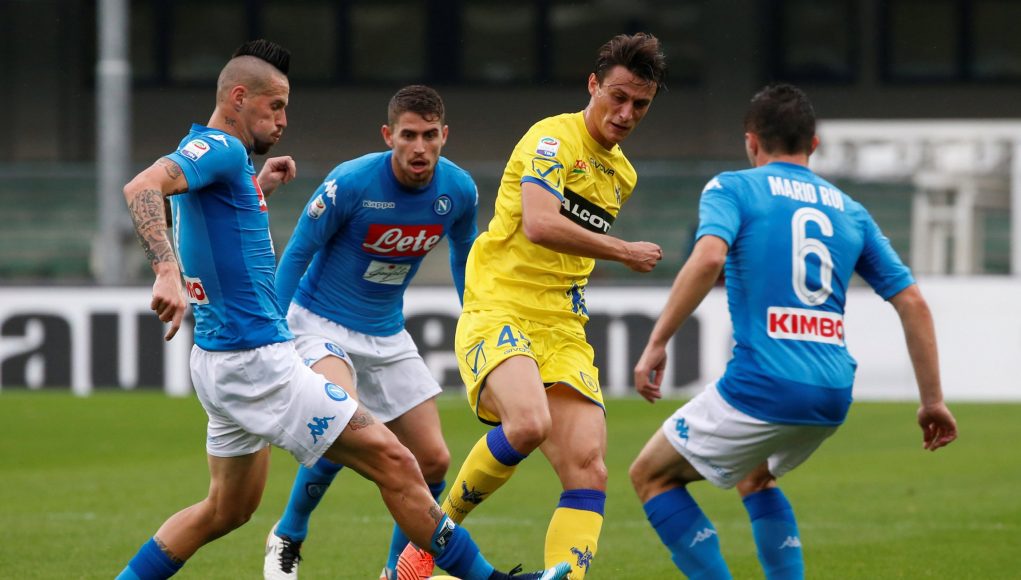 New West Ham boss Manuel Pellegrini has focused on bolstering his defensive ranks at the London Stadium so far but that approach could change.

The Hammers have already landed Ryan Fredericks, Lukasz Fabianski and Issa Diop ahead of the new Premier League season, while they are also widely reported to be closing in on the services of Lazio’s Felipe Anderson.

Anderson is unlikely to be the only attacking recruit captured by Pellegrini this summer though and Football Italia now name West Ham as one of the sides interested in Napoli-owned striker Roberto Inglese.

26-year-old Inglese was purchased by Napoli for €10m last summer but remained on-loan with Chievo, where he scored 12 goals in 34 Serie A appearances.

Carlo Ancelotti’s arrival in Naples has raised questions as to whether Inglese will become surplus to requirements and West Ham will face a fight in the market to land the striker.

Bologna and Sporting are also in the hunt for Inglese, who Napoli are seeking to earn around €18m for.