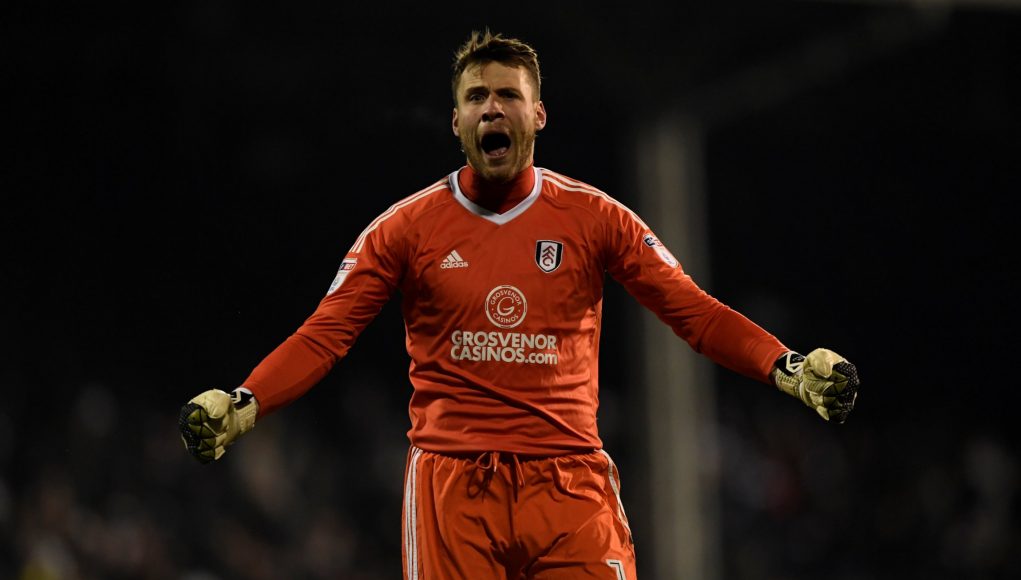 West Ham are exploring a potential move for Fulham goalkeeper Marcus Bettinelli this summer, as reporting by The Sun.

The Hammers will undoubtedly be in the market for a shot-stopper this month with Joe Hart not expected to make his loan move from Manchester City a permanent one.

It means Adrian will be the only first-team keeper on the books and will be in need of some competition.

It is believed, as per The Sun’s report, that Bettinelli impressed David Moyes when he watched Fulham’s 2-0 home win over Leeds United on Tuesday night and the club are now weighing up an approach for the 25-year-old’s services.

Although Moyes’ Hammers contract expires at the end of the current campaign, the fact he is actively scouting players is a huge hint that he will be signing an extended deal in the summer. Bookmakers offers uk seem undecided on whether he will actually stay or go at this time.

Bettinelli has been one of the stand out names in Slavisa Jokanovic’s Cottagers side this term as they continue to push for a return to the Premier League, most likely via the play-offs.

A deal for the shot-stopper would most likely hinge on Fulham failing to win promotion from the Championship, with the appeal of top-flight football one of West Ham’s biggest carrots in a potential deal.

Bettinelli, who is valued at £1.8m by transfermarkt.com, has conceded just 14 goals and kept nine cleans sheets in 20 Championship appearances this term.