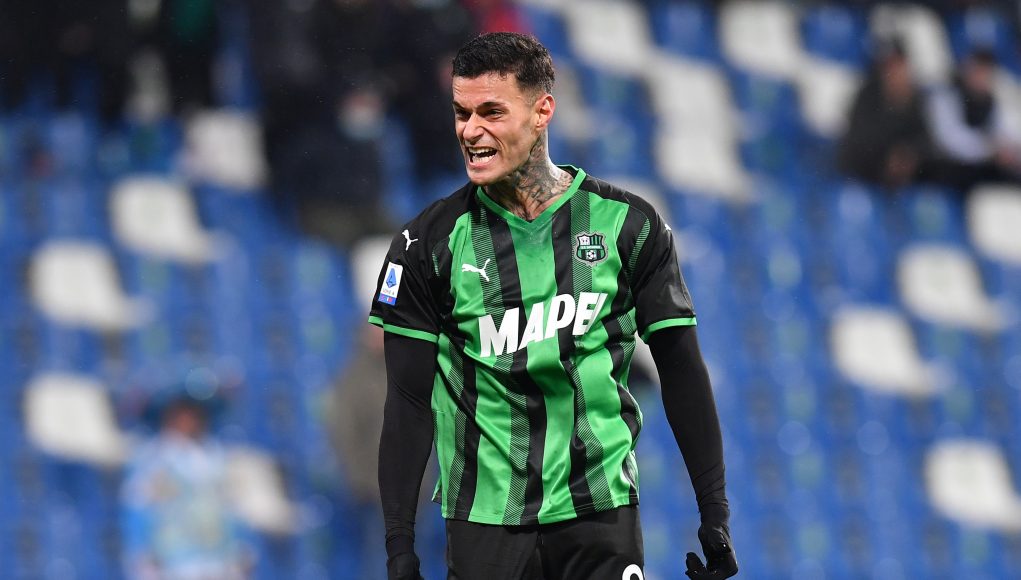 West Ham are edging closer to signing a striker for the first time in three years, according to various reports.

The Evening Standard reported on Friday had agreed £30.5million fee accepted by Sassuolo for Italy international Gianluca Scamacca, with a number of financial add-ons also agreed.

Personal terms with the 23-year-old are yet to be agreed but, according to the Standard, are not expected to be an issue.

Italian journalist Alfredo Pedulla then took to Twitter on Friday evening to reveal the deal should be finalised by Sunday, with the striker heading to London on Monday or Tuesday to make his switch to the Premier League official.

Scamacca’s arrival at London Stadium will end a three-year wait for the Hammers to sign a front man, since they spent a club-record £45m on Sebastien Haller in the summer of 2019.

The Italian has been in red-hot form in Italy over the last two seasons, netting 12 goals in 29 appearances for Genoa in 20/21 before hitting 16 in 36 Serie A appearances for Sassuolo last term.

His rising stock had led to links with the likes of PSG and AC Milan, while he has also broken into Roberto Mancini’s Italy team, making seven appearances for the Azzurri since being awarded his first cap in 2019.