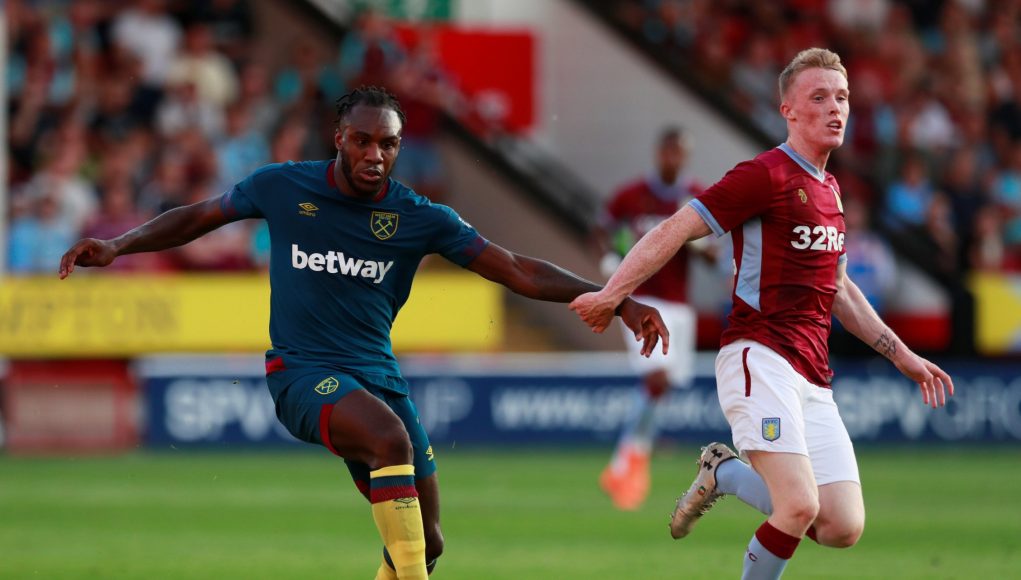 After Manuel Pellegrini’s spending spree saw seven new players arrive, West Ham are set to balance the books with a number of departures.

Michail Antonio is ranked amongst the favourites to leave the London Stadium before the start of the new season, following the signings of Felipe Anderson and Andriy Yarmolenko.

The former Nottingham Forest man looks set to remain in the Premier League, with The Daily Mirror reporting that Crystal Palace will sign the 28-year-old in a deal worth £15m.

It is reported that a deal taking the winger across London is in the pipeline, with the Hammers looking to recoup some of the funds they have splashed under Pellegrini.

The signings of Anderson and Yarmolenko have pushed Antonio further down the pecking order in east London, while Robert Snodgrass has also impressed during the club’s pre-season matches so far.

West Ham signed Antonio in 2015 and he boasts 20 Premier League goals in 76 matches for the Hammers.