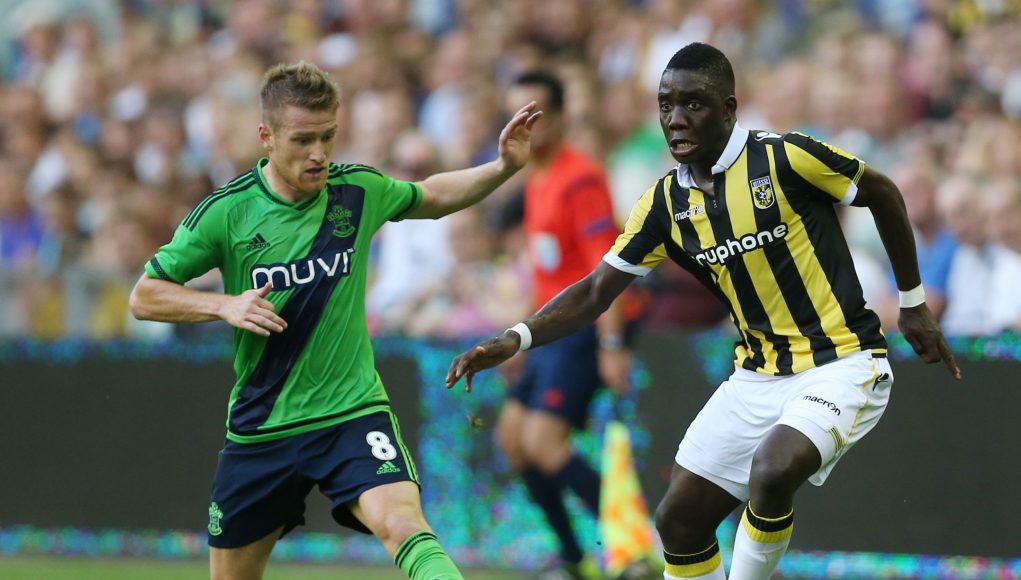 Nakamba signed for the Belgian outfit last summer from Vitesse for just £3m and could be tempted to sell the player to make a hefty profit on him.

The Zimbabwe international’s ‘Marvelous’ performances last season, as he helped secure a domestic double for his club in his first season, caught the attention of Jurgen Klopp.

The Liverpool manager initially saw Nakamba as a potential backup signing to Keita – so you can only imagine how good he is on the basis of Keita’s performances.

Nakamba has very strong characteristics for a deep lying central midfielder, which is what Manuel Pellegrini is in the market for now. He is tough tackler who doesn’t hesitate to challenge and loves to shoot from distance when given an opportunity. He also has outstanding ability to regain the ball from the opposition and showcases fantastic on field concentration.

The 24-year-old is valued at £7.2m by transfermarkt.com but could cost at least double that if the Hammers are to secure his services.

Despite Manuel Pellegrini already bringing in seven new faces and splashing out close to £100m since being named manager back in May, it appears he still isn’t finished in his mission to completely overhaul the squad he inherited.

A number of players are expected to leave the club over the next two weeks before the transfer window closes, and it is believed one or two will need to go before anyone else is signed.

However, this summer has been a much more organised and professional window for the Hammers than fans have been used to in recent years. Under Slaven Bilic, the club appeared to be doing business as if they were playing in an online casino, gambling money on relatively unknown or untested players only to see it backfire tremendously.

This summer, though, Pellegrini identified what he needed to strengthen early on and went about getting his top targets. The additions of Ryan Fredericks, Issa Diop, Fabian Balbuena, Lukasz Fabianski, Jack Wilshere, Andriy Yarmolenko and Felipe Anderson are all quality additions to the team.

With one or two new faces still expected to come in, it’s a very exciting time to be a Hammer ahead of the 18/19 Premier League season.