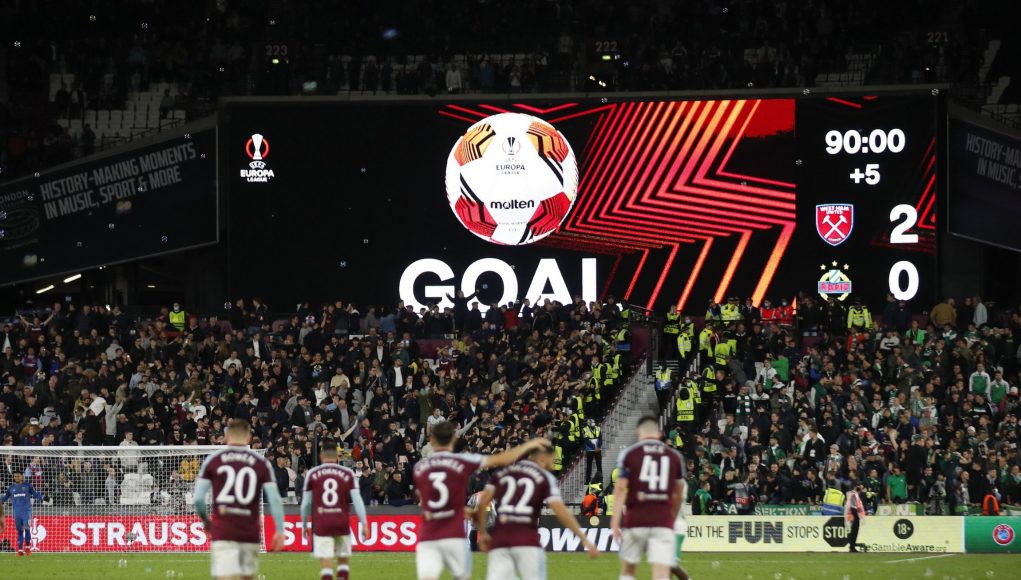 It will be the second successive European home game for the Hammers after winning the first 2-0 against Rapid Wien.

Before that game, the club put on an impressive light show in London Stadium just before kick-off, using the floodlights and pyrotechnics. It was an impressive display that perfectly set the tone for the return of proper European football to east London.

The official Europa League Twitter account tweeted a video of that display on Thursday afternoon, displaying their appreciation for the atmosphere it help create.

And it appears West Ham are planning to do something very similar before kick-off against Genk, with the official West Ham Supporter Services account tweeting a fan to suggest fans should look to get to their seats by 7:30pm for “an exciting build-up” and that it would include a light show “throughout the stadium.”

Hi Tommy, thanks for your message. We have another exciting build up for tonight’s Europa League clash. Be sure to make your way to your seat for 7:30pm to enjoy the matchday show, including a light show throughout the stadium. We hope you enjoy the match! Thanks, Lee

So if you’re heading to London Stadium on Thursday night, you might want to ensure you give yourself enough time to get to your seat and buckle in for whatever the club has in store for fans this time around.