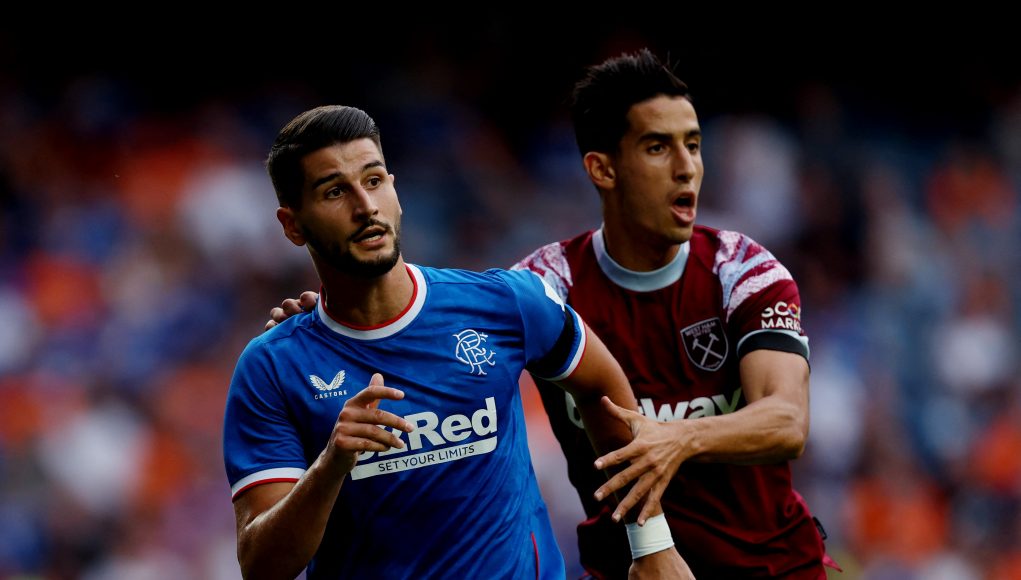 New signing Nayef Aguerd was forced off with an ankle injury during the first-half of West Ham’s 3-1 pre-season friendly defeat to Rangers on Tuesday night.

The Morocco international appeared to damage his ankle during a tackle after his misplaced pass had landed at the feet of a Rangers player.

Aguerd recovered well to make the challenge but appeared to have done some serious damage to his ankle in the process, and was immediately replaced by Issa Diop.

But after the game, Moyes revealed that while it’s too soon to know how much damage has been done, Aguerd had not broken his ankle, which appears to have been the club’s initial fear.

He told West Ham’s official website after the game: “We’ve already had Nayef x-rayed and there’s no break in his ankle, which is good news.

“It might be some ligaments, or he’s twisted his ankle – it blew up immediately so we have to hope it’s not a problem.”

Aguerd’s arrival from Rennes for a reported £30m was West Ham’s first signing of the summer and had immediately strengthened Moyes’ back-line following a season of injury and suspension issues in that area of his team last term.

It also appeared to have brought an end to Diop’s time in east London, with reports claiming Fulham were on the verge of securing the Frenchman’s signature.

But, depending on the severity of Aguerd’s ankle injury and the timeframe he might be sidelined for, Diop may not be going anywhere any time soon.