Toni Martinez is currently the name on everyone’s lips in Oxford but his name has been the talk of East London ever since he started scoring for fun in Premier League 2.

There’s really not much you cannot like about the 19-year-old Spaniard. His name sounds like a Football Manager wonderkid regen, he always plays for the name on the front of the shirt (just check him out on social media to know that he strives for his team to succeed) and, more importantly, he knows where the goal is.

We signed him out of a transfer window but he reportedly asked Valencia to allow him to move to London early and train with his new teammates and get used to new surroundings months before he could officially start playing for us. How’s that for impeccable attitude.

Now, with 12 goals in 13 games for our U23s and two in five for Oxford United (at the time of writing), Martinez is one of the hottest young prospects waiting in the wings for a first team opportunity.

It is of course very unfair to heap so much pressure and expectation on such young shoulders, which is probably why he was kept well away from first team duties during a time when we needed a striker most. There’s as much pressure involved as trying to win big on casinopearls.com.

While the team struggled on the pitch and the club continued to bat away bad publicity and fan unrest at the new stadium, it would arguably not have been the best time to throw a youngster in at the deep and expect him to make everything ok again. Yes, we could’ve done with his pace, movement and prolific eye for goal earlier this season but why try risk damaging a long term option for short term gains?

You can already see the impact playing in League One is having on his development. Martinez has already earned rave reviews among the Oxford faithful, some of which are finding hard to believe he has been allowed to join them in the first place. An Oxford fan I know said to me recently that he’ll be surprised if Martinez isn’t playing in the Premier League next season. He’s that good.

Let’s not forget also that the two Oxford goals Martinez has to his name have come against Newcastle, a Premier League club playing in the Championship, and current Premier League side Middlesbrough. He has already shown that he can score against top opposition and if he can take that kind of form and confidence in to next season then there’s every reason he could be scoring goals in claret and blue. If you’re a betting man, put some money on it.

West Ham have not been able boast a young striker coming through the ranks since Jermain Defoe arrived in 2000. That’s 17 years of watching the likes of Eliot Lee and Freddie Sears try and fail to really make an impact on our first team.

Martinez, though, already seems to be a different breed of striker compared to Lee and Sears, and if his development continues at the rate it is now, then do not be surprised to see his name in lights at London Stadium next season and beyond. 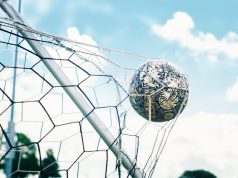