It doesn’t take much to get fans of West Ham and Tottenham up for it when the two clubs meet, but the events of the last few days has given this London derby a completely different dynamic.

Mauricio Pochettino was indeed one of the favourites to be the next Premier League manager to be sacked with many bookies putting him in the sweet spot. Many punters already used top betting bonus codes online in order to tip Jose Mourinho as the next Tottenham manager.

It was generally that believed Pochettino would be given a little longer to fix the problems going on in North London, but now Manuel Pellegrini has to prepare to face Mourinho on the opposition dugout on Saturday lunchtime.

Having not won in six Premier League fixtures, facing Spurs carries much more importance for West Ham than it normally would and it’s no secret that Pellegrini could find himself joining Pochettino in the job centre should Spurs run out comfortable winners in Stratford.

But how can Pellegrini heap some early misery on to Mourinho’s spell as Tottenham manager?

The Chilean has been under fire for some of his questionable team selections in recent weeks, not least when he opted to start 34-year-old Pablo Zabaleta at home to Newcastle and failed to react quickly enough when the Magpies’ pacey forward Allan Saint-Maximin regularly left the Premier League veteran in his wake.

Before then, Ryan Fredericks had impressed at right-back and will have been as confused as the fans when he was dropped to the bench for that game.

Elsewhere, Pellegrini’s midfield continues to struggle on the creative front. Summer signing Pablo Fornals has struggled to settle while Manuel Lanzini has been ruled out until January 2020 with a collarbone injury.

But with Michail Antonio and Mark Noble returning from injury, Pellegrini has a chance to add steel, speed and unpredictability to his midfield for this one.

With Spurs not having won a Premier League away game since January 2019 and having already conceded 17 times in the league this season, it’s fair to say the defence Jose Mourinho has inherited is fragile and short of confidence, especially on the road.

Big money summer signing Haller has netted four times this season but would’ve had many more had he received the kind of service a big goal-poaching striker like him should be getting.

In recent weeks he has cut a lonely, frustrated figure upfront and has often been isolated without much service or communication from wide and creative teammates. If West Ham are going to get their money’s worth in Haller, they must utilise him properly by feeding him as often as they can.

All four of his Premier League goals so far have come from crosses into the box, so it’s no secret he’ll tuck them away when given half a chance, and Spurs will struggle to contain if he’s always involved for 90 minutes.

It shouldn’t take much to get West Ham players up for a London derby, especially when it’s Tottenham at home, but Pellegrini must ensure his players do not have recent form in the back of their minds when they walk out of the tunnel on Saturday afternoon.

The age-old cliché that form goes out of the window in these games could not be more true here, as Spurs will be looking to impress their new boss and West Ham will have the opportunity to get one over their old enemy just when they’re beginning to feel positive again.

Mark Noble will also have a part to play here, if he’s passed fit enough to play. The skipper knows exactly what it means to fans to win this fixture and you can bet everything you have that he’ll be one of the busiest and most passionate players on that pitch this weekend. 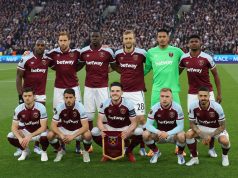 Opinion: West Ham are three signings away from a UCL competing squad 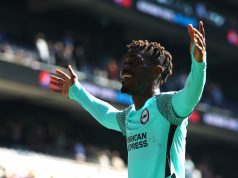 Opinion: Moyes missed the boat on this one particular transfer target