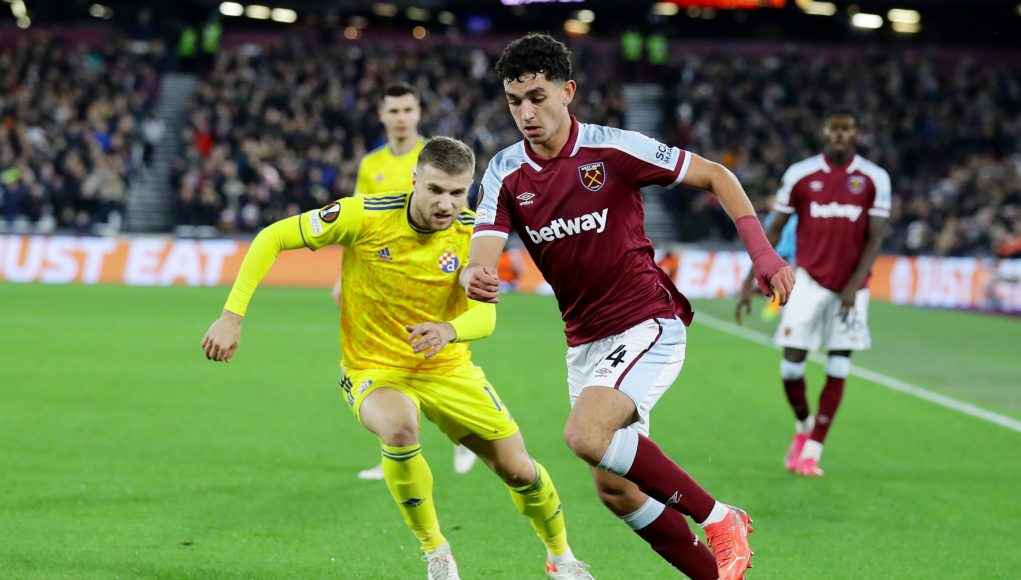 Football.London’s West Ham correspondent, Tom Clark, believes Sonny Perkins will get another chance to impress in the Hammers’ FA Cup 4th round clash against Kidderminster Harriers.

The 17-year-old has been in impressive form for West Ham’s U23s this term, scoring six goals in 12 PL2 appearances, including a superb effort from outside of the penalty box earlier this week.

Despite his age, Perkins’ reputation as a top prospect is rising and Clark admitted in a recent interview on the We Are West Ham Podcast that he expects the striker to be handed another chance when the Hammers travel to Kidderminster in February.

He told We Are West Ham Podcast: “He’s only 17 and unless a striker comes in in the next week or so, I think there’s a high chance he starts the next match against Kidderminster, with Antonio getting a breather after the international break.”

Moyes will no doubt be hoping to add a striker to his squad before the end of the January transfer window but, if he fails to do so, Perkins may be called upon to provide adequate cover for Antonio in attack throughout the second half of the season.

At just 17-years-old, that would be quite the responsibility and some may believe too much too soon for someone so raw, but he’s had a taste of first-team football this season and the teenager will no doubt be relishing the opportunity to prove he can do a job when called upon.