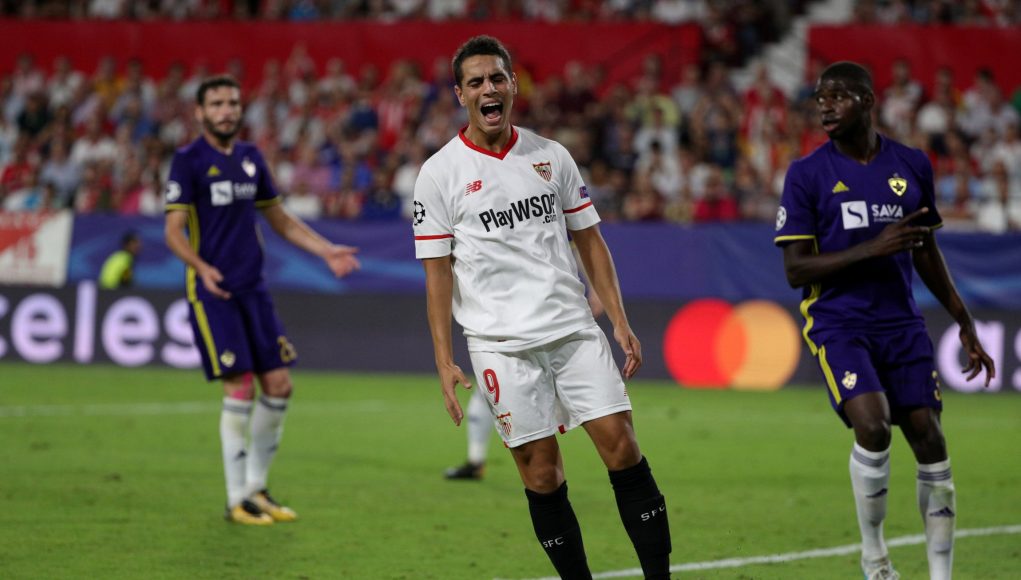 The transfer merry-go-round involving Andy Carroll and Michy Batshuayi has finally come to light after a close source to WestHamWorld.co.uk confirmed that Batshuayi will not be coming to West Ham and will instead opt for a move to Sevilla.

One of the deciding factors for the Belgian hitman was that he is very keen to be playing competitive European club football, something he will not get with West Ham.

David Moyes was spotted at Stamford Bridge on Wednesday night in what appeared to be a scouting trip and the assumption was that Batshuyai caught the West Ham boss’ eye. Despite the Belgian scoring on the night, David Moyes was actually scouting Norwich City attacker James Madison.

Our source claims Michy Batshuayi will actually be joining Sevilla on loan once Andy Carroll signs for Chelsea, but West Ham will not release Carroll until a replacement has been signed first. This is where the chain has some added clarity – Sevilla are keen to sign Batshuayi on a permanent deal and are willing to part with a striker to get the deal done, and that player is Wissam Ben Yedder.

The Hammers have been offered the 27-year-old Frenchman for around £18m.

A permanent deal involving Carroll is the only viable option for West Ham as they will not let any players go out on loan.

The Blues’ preferred option is Andy Carroll but if the deal doesn’t happen they have a back up, so West Ham should take this into account if they wish to recoup the £15m spent on him in 2013.

Will Ben Yedder be a Hammer within the next couple of weeks? Fingers crossed!