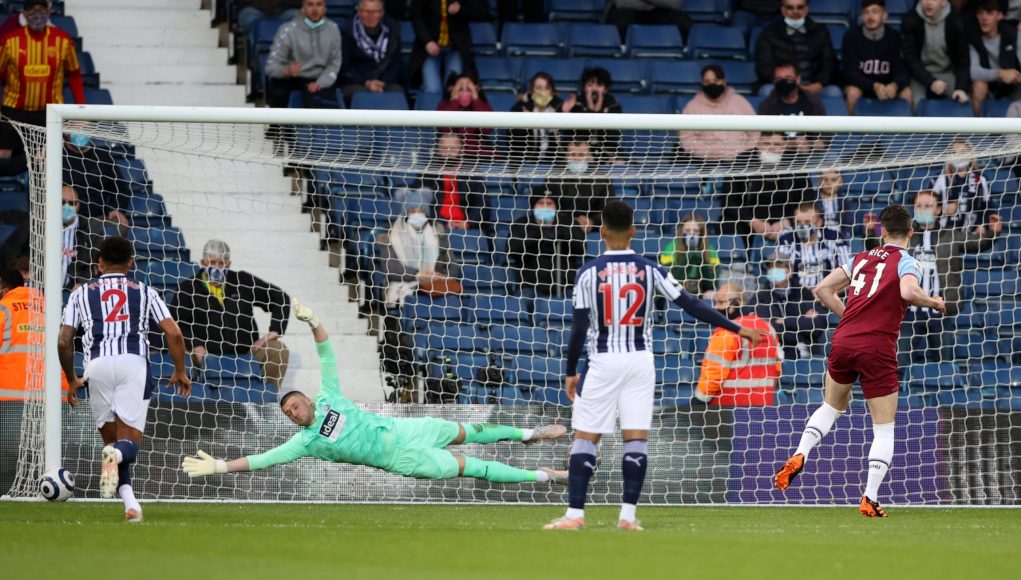 When Declan Rice smashed his 3rd-minute penalty onto the post at The Hawthorns on Wednesday night, we all feared our season was continuing to crumble before our eyes.

It was only a month ago that we still had hopes of finishing in the top four and playing Champions League football next season but going into the penultimate game of the campaign against West Brom, top-four was mathematically impossible and we needed all three points to all but guarantee at least 7th, with 6th also a possibility.

So when Rice missed his penalty and then West Brom took the lead, we were all fearing the worst.

In the end, it didn’t matter, as Tomas Soucek, Angelo Ogbonna and Michail Antonio all found the back of the net to take the three points back to east London, knowing just a single point on the final day against Southampton will guarantee a top-six finish and a place in the Europa League group stages for the first-ever time.

However, it was Rice’s penalty miss that made history in just the third minute, becoming the earliest spot-kick miss in Premier League history.

With Mark Noble no longer a permanent fixture in the starting XI, it’s still unclear who the regular penalty taker should be, with Rice, Jesse Lingard and Michail Antonio all stepping up in the last year.

And it was Antonio who staked a claim for the next one in his post-match interview.

“100%, gaffer wanted Dec’s to take it, he’s taken it today. Seems like someone else needs to step up next week, ahem,” he joked afterward.

Declan Rice promptly responded on Twitter, saying: “Penalty practice for me tomorrow. You score some, you miss some. That’s football!”

The banter between the two is great to see and is yet another reflection of how good the team spirit is within the dressing room, something David Moyes implemented expertly since football’s restart last summer.

Let’s just hope we can find a penalty taker who is as consistent as Mark Noble was in his day. 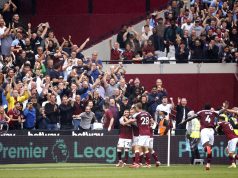