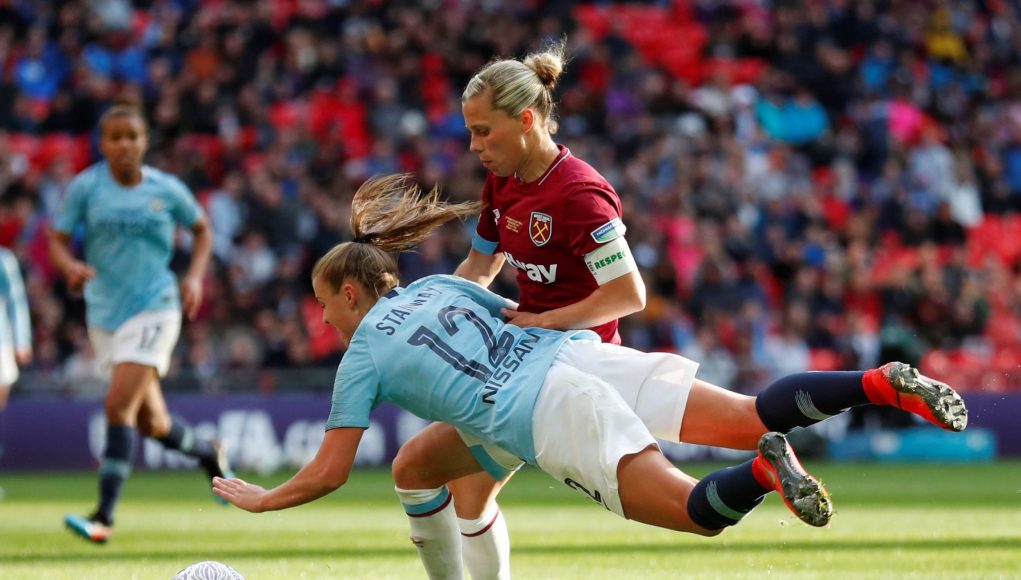 West Ham Women have been drawn against Arsenal for their opening fixture of the 2019/20 WSL campaign.

Similarly to the men’s team, they have been handed the toughest start possible, as they face the reigning champion of England’s top flight.

Our opening 2019/20 @FAWSL match has been confirmed… pic.twitter.com/HWkjKz9pwT

Having the toughest match on paper on the opening day has split Hammers fans: some feel that it is rotten luck, while others see it as a good away day and challenge to enjoy.

West Ham narrowly lost against Arsenal in both their match ups last campaign, being on the wrong end of a 4-3 result away, then a 4-2 at home.

They did manage to draw their opening match last time around though, with a 0-0 draw against Reading, so a similar result would likely be taken again, considering the opposition.

Having now completed their first season as a professional club, West Ham will now be hoping to build on the seventh-placed finish achieved during that campaign.

While the opening fixture provided means the club won’t have the easiest of starts, they will still be hoping to get off to a successful one.

The rest of the WSL fixture list will be released on Wednesday 10th July.

First trip away for me to the @ArsenalWFC #COYI

Oh look! A tough opening day fixture. What a surprise.

Can’t wait! Shame my first game as a season ticket holder is away but happy to see us pick up points anywhere. COYI.

Nice away day COME ON YOU IRONESSES!!!!