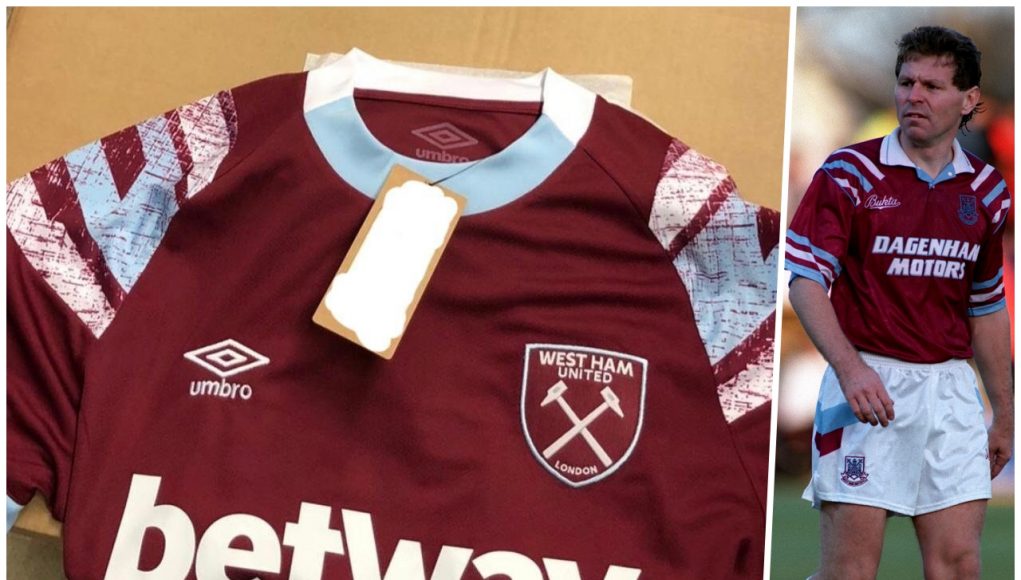 West Ham United’s home kit for the 2022/23 campaign has been revealed by the club, and fans have given out mixed reviews…

The Hammers revealed last week the upcoming home kit for the new season, which is now available online and in-store for fans to purchase.

The new look dons the traditional claret primary colours, with light blue rings around the arm and neck and a claret, blue and white graffiti pattern to mark the shoulders.

The shirt will have the Betway sponsor across the front again, just as it did last year, with the Umbro sign dotted on the right side of the top.

The goalkeeper home kit was also released, which shows current number one Lukasz Fabianksi wearing a dark green colour with a claret pattern across the top of the shirt.

Made for the massive moments.

The kit apparently has taken inspiration from West Ham legend Billy Bond’s promotion-winning team from 30 years ago, with a modern twist to suit the 2022/23 season.

West Ham will now kick off the new campaign in style, with the new home kit first being shown in front of the home fans on Saturday 30th July for the Betway Cup.

The London Stadium should also be packed out in front of a record crowd of 62,500, after plans were introduced to extend the maximum capacity of the ground for this upcoming season.

In comparison to the Hammer’s home kit last season for their first Europa League campaign, this shirt cannot top that. However, the kit looks nice and stylish ahead of an important second successive season competing in Europe.

The kit would most certainly look better with white shorts instead of light blue, however a sea of West Ham fans in this home shirt will motivate any Hammers player to get a win for the supporters.