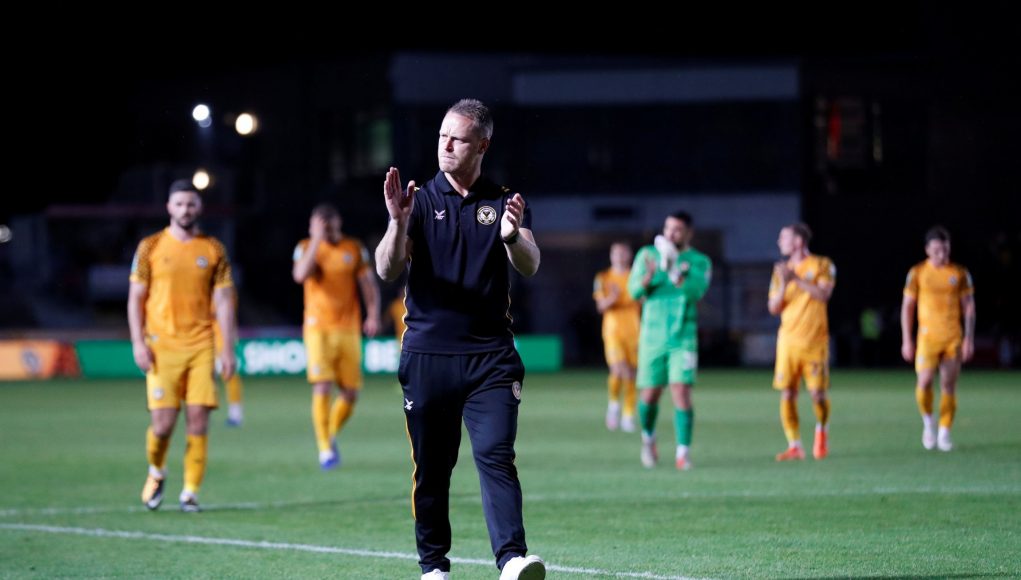 West Ham U21’s produced a stunning comeback to overcome a 4-1 half-time deficit to beat Newport County 5-4 in the Leasing.com trophy.

Anthony Scully scored the decisive winner and opened the scoring in what proved to be a rollercoaster game.

After Newport scored four goals in the first-half, the Hammers looked dead and buried, unable to salvage a scoreline so emphatic and given they were facing football league opposition, it looked an almost impossible task.

But a goal straight after the restart from Joe Powell was followed by strikes from Veron Parkes and Kai Corbett, before Anthony Scully bundled the ball into the back of the net for a 88th minute winner.

Social media exploded with fans congratulating the players on such a remarkable victory, which means Dmitri Halajko is still unbeaten as lead coach since joining West Ham in the summer.

I SWEAR YOULL NEVER SEE ANYTHING LIKE THIS EVER AGAINN

We really are winning the league