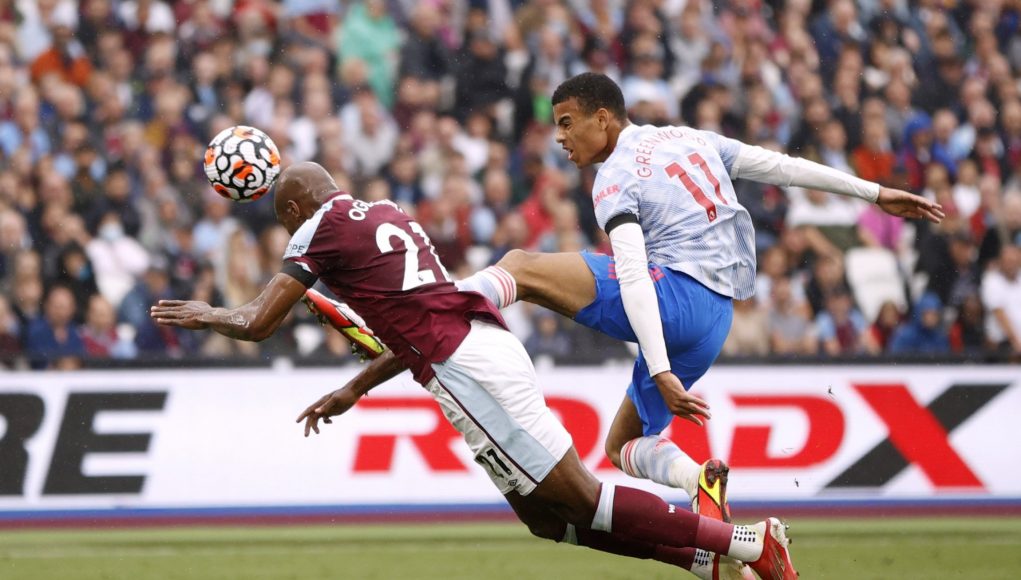 Angelo Ogbonna put in yet another typically solid display in West Ham’s 2-1 home defeat to Manchester United on Sunday.

The Italian has been a rock at the back since he signed from Juventus back in 2015 but in the last couple of years has become one of the most consistent centre-backs in the Premier League.

He was rested for the Hammers’ 2-0 Europa League win over Dinamo Zagreb last Thursday but was straight back into David Moyes’ starting XI for the visit of the Red Devils just a few days later, this time alongside new teammate Kurt Zouma.

It already looks like that centre-back pairing is going to be hugely important for West Ham’s aims this term, with both defenders putting in impressively battling displays, reducing Cristiano Ronaldo to just the single goal, which was a fortunate one at that.

And despite the defeat, Ogbonna took to Instagram shortly after the game to reveal his pride in the team’s performance and to thank the fans for their unwavering support in Stratford once again.

He posted: “It’s not the result that we deserved. But so proud for how we played. Thank [sic] to all the fans out there today!”

And fans reacted with comments like “you had a great game” and “you were class today.”