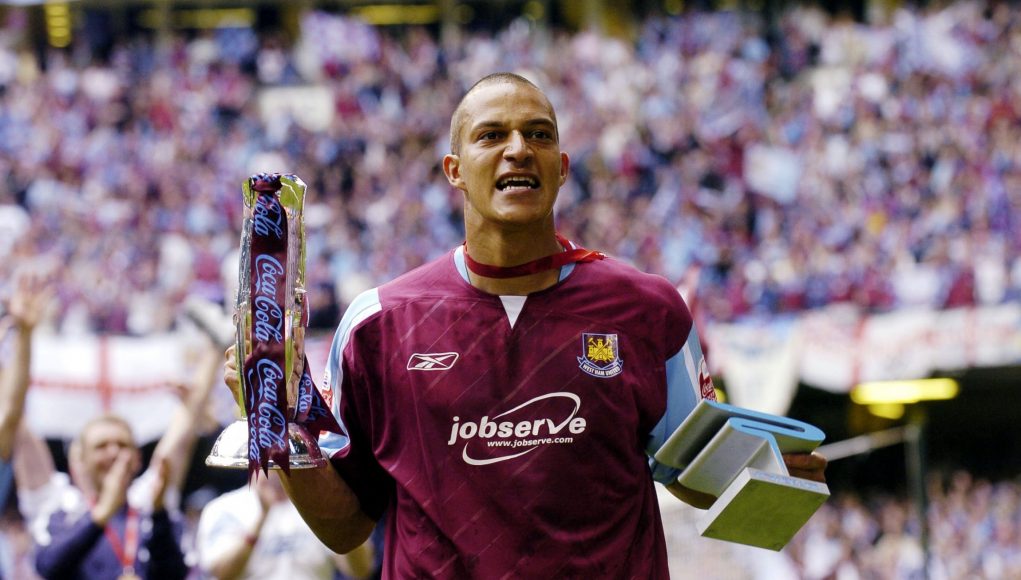 Following the disappointment of the play-off final defeat to Crystal Palace in May, West Ham United entered the 2004/05 Championship campaign with optimism of going one further and securing promotion back to the top-flight.

Alan Pardew – who took over in October last year – signed the likes of Teddy Sheringham and Carl Fletcher in a bid to avoid replicating last season’s failure.

The Hammers got off to a solid start, winning five of their opening eight league encounters and the Claret and Blue faithful were slowly starting to forget the pain of the previous campaign.

A mixture of wins, draws and defeats followed up until January, which is where the club hit a rough patch which affected their hopes of finishing in the play-off places.

After a 2-0 win against Ipswich Town on New Years Day, Pardew’s side lost three on the bounce and doing so placed huge concern as to whether West Ham would finish in the top-six. 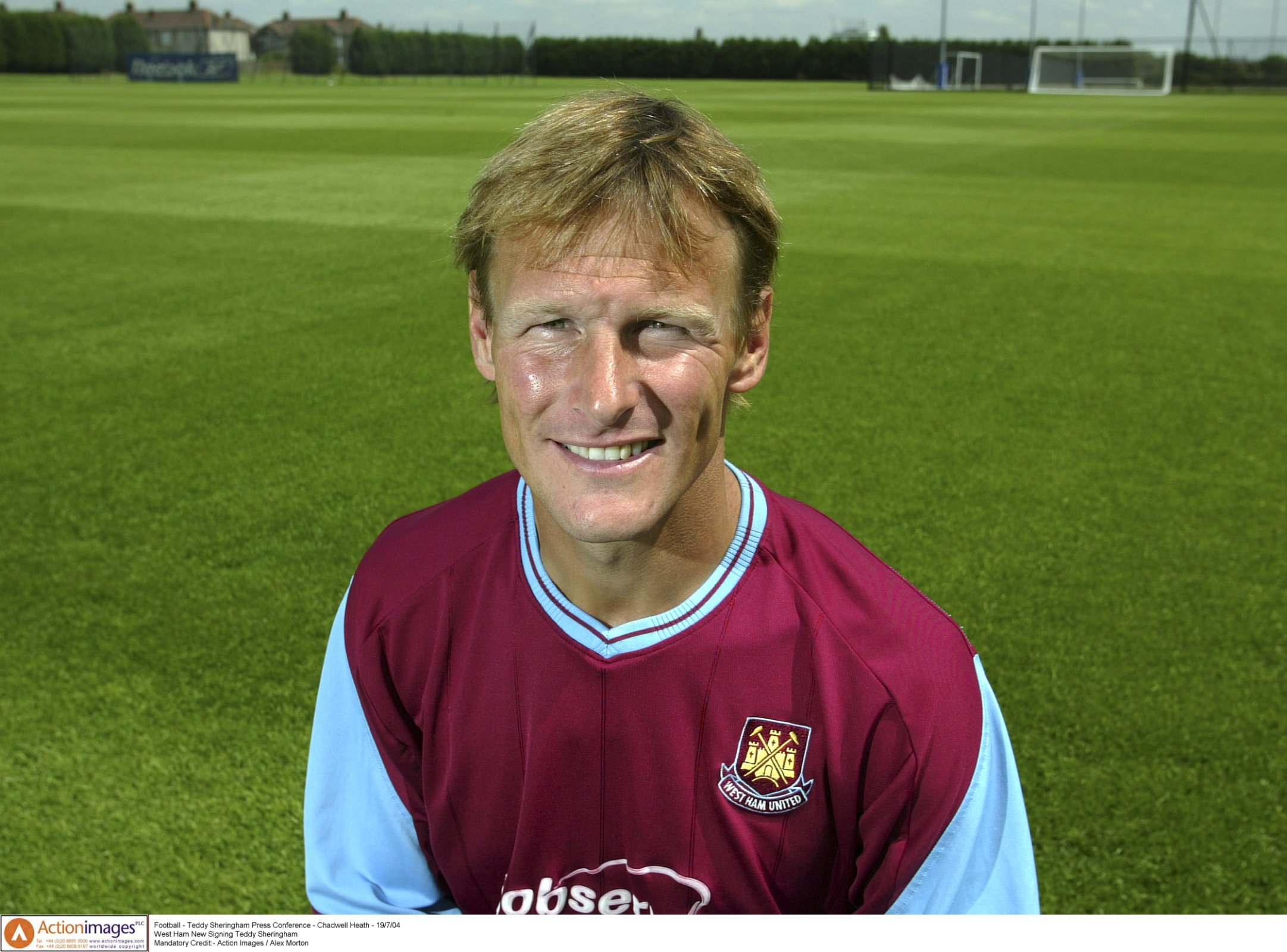 Three victories followed – including the Hammers’ widest margin of victory of the season with a 5-0 win against Plymouth Argyle – but again could not find consistency and proceeded to lose three in a row once again.

With hopes of a top-six finish looking bleak after a 3-1 defeat to Reading on March 12 2005, the Irons finished the campaign strongly, suffering just one defeat in their final 10 league matches.

Going into the final day of the campaign and the final play-off spot was up for grabs with both West Ham and Reading in contention. A 2-1 away win to Watford ensured Pardew’s side would finish sixth and advance to the play-offs in successive seasons; this time was different.

After a 2-2 draw at Upton Park against Ipswich Town in the semi-final first leg, the Hammers had it all to do when they visited Portman Road four days later, but a 2-0 victory ensured the Irons would be heading to the Millennium Stadium once again.

But this time West Ham were not going to miss out on the chance of being promoted back to the Premier League. A 1-0 victory against Preston North End courtesy of Bobby Zamora’s second-half strike was enough to send the Hammers back to the top-flight and completed an emotional season. 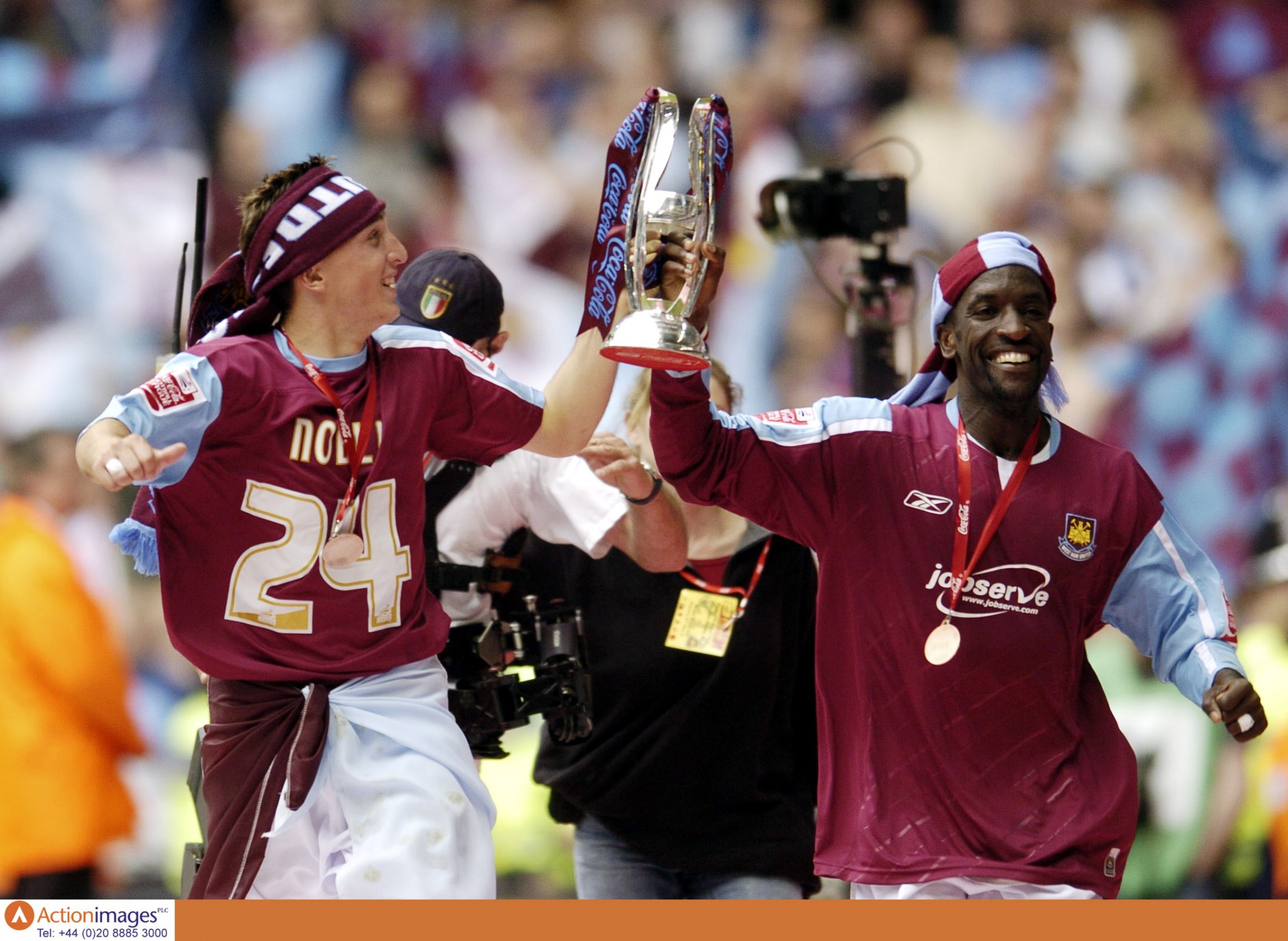 As for cup competitions, West Ham struggled to make an impact and were eliminated in the fourth round of the FA Cup while bowing out to Chelsea in the League Cup third round.

Marlon Harewood finished as the club’s top goalscorer in all competitions with 22 goals, while summer-signing Sheringham finished top of the club’s league goalscoring charts with 20 goals.