Following a relegation scare the season before, Harry Redknapp’s side were determined to put things right for the 1997/98 campaign…and it was a vast improvement.

It was the year that restored the optimism and hope among the claret and blue faithful. Redknapp was slowly implementing his style and philosophy at the club and there was a real chance of progressing under his leadership.

Convincing. For the first time in years, West Ham fans were convinced with what they were seeing. Words were turning into actions and the positivity spread like wildfire.

John Hartson developed into one of the most dangerous strikers in the Premier League, while his partner Paul Kitson provided a steady return of goals alongside him. Despite endless speculation linking him with a move away to a bigger club, young centre-back Rio Ferdinand remained loyal to the Hammers and stayed at Upton Park. 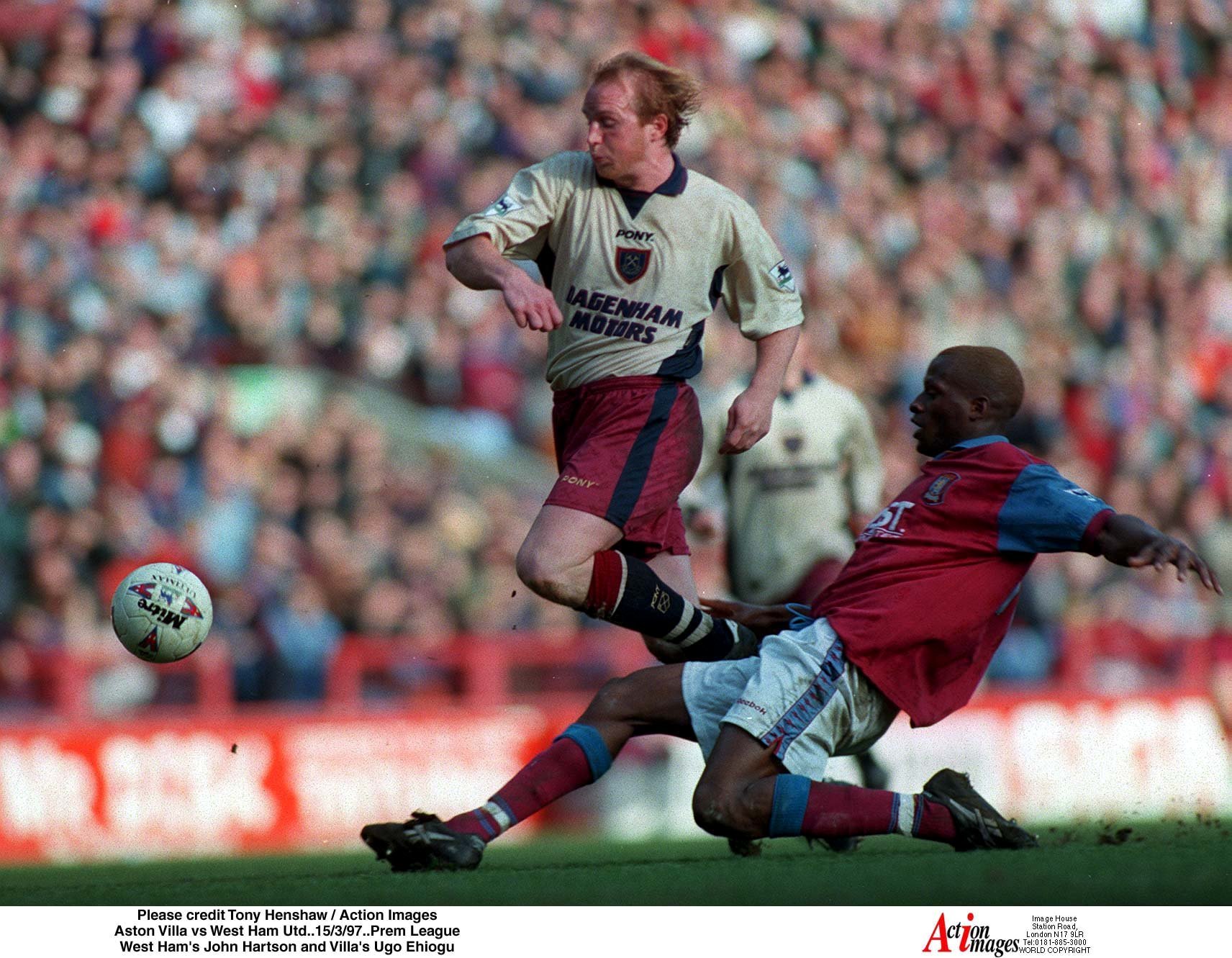 Overall, Redknapp’s side finished eighth in the Premier League table, missing out on a UEFA European spot by one point to Aston Villa in seventh. The Hammers totalled 56 points and were only three points shy of Leeds United in fifth place.

It was a similar story to the previous season on away soil, though, which ultimately cost the Hammers European football. Throughout the 1997/98 Premier League season, West Ham won just three away games, losing 12 and drawing the remaining four.

However, they made Upton Park a fortress, losing just twice all season. 13 league wins at the Boleyn Ground placed Redknapp’s side into a commanding position, and it remains the ‘what could have been’ season if they found form on their travels.

And with the cup competitions, there was a significant improvement. Despite not achieving silverware, West Ham reached the quarter-finals of the FA Cup and League Cup, knocked out by Arsenal on both occasions.

Hartson finished his impressive season with a tally of 24 goals in all competitions and was the club’s top goalscorer by some margin. The Wales forward also finished top goalscorer in the league, netting 15 times in 38 appearances.

Overall, it was a season that restored optimism across the fanbase. The club was on the brink of achieving European football, and that was the target heading into the 1998/99 season.