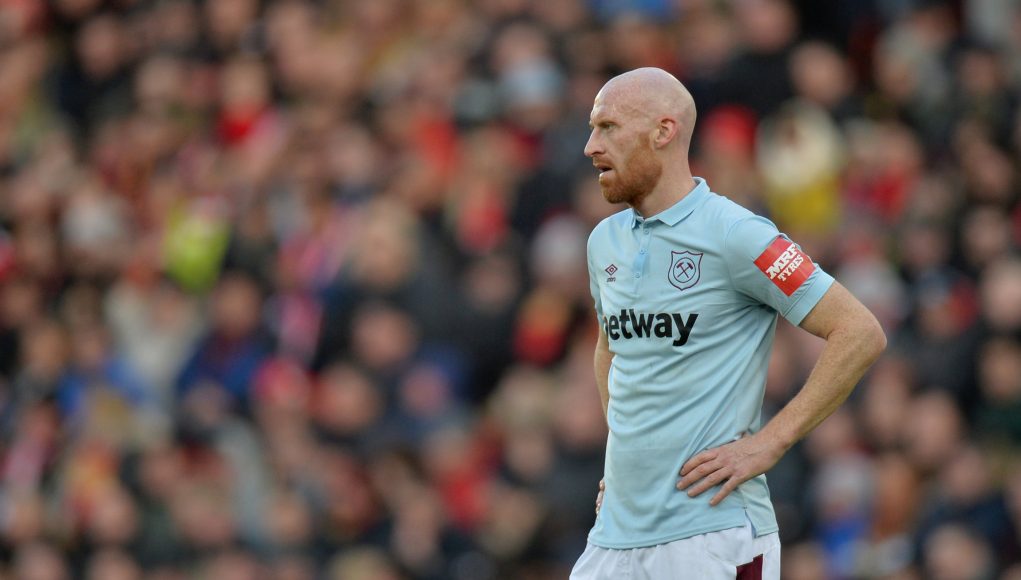 West Ham are set for major changes this summer and the wealth of activity could lead to a number of significant departures.

One of the players looking most likely to leave at the end of the campaign is Wales international James Collins, as the defender has entered the final months of his contract.

Spending seven years with the Hammers, and in his second spell with the club, Collins has established himself as a fan favourite, making 132 Premier League appearances for the Hammers.

Injury issues have limited the involvement of the 51-cap Wales international this season but he’s still featured 14 times for the first-team.

Despite this, a new deal for the 34-year-old looks unlikely to be presented by fans have made their view on the situation clear.

Should he be given a new deal?

Vote and comment below and we’ll discuss on our @lovesportradio show tonight, 7pm to 9pm.  #WHUFC #COYI

A poll from WestHamWorld, which attracted 662 responses, has revealed that a whopping 84% of supporters want ‘the ginger Pele’ to be issued a new deal.

At his age, a lengthy deal for Collins is unlikely but many have suggested that a player and coaching role should be offered to the passionate defender, who has made no secret of his love for the club.