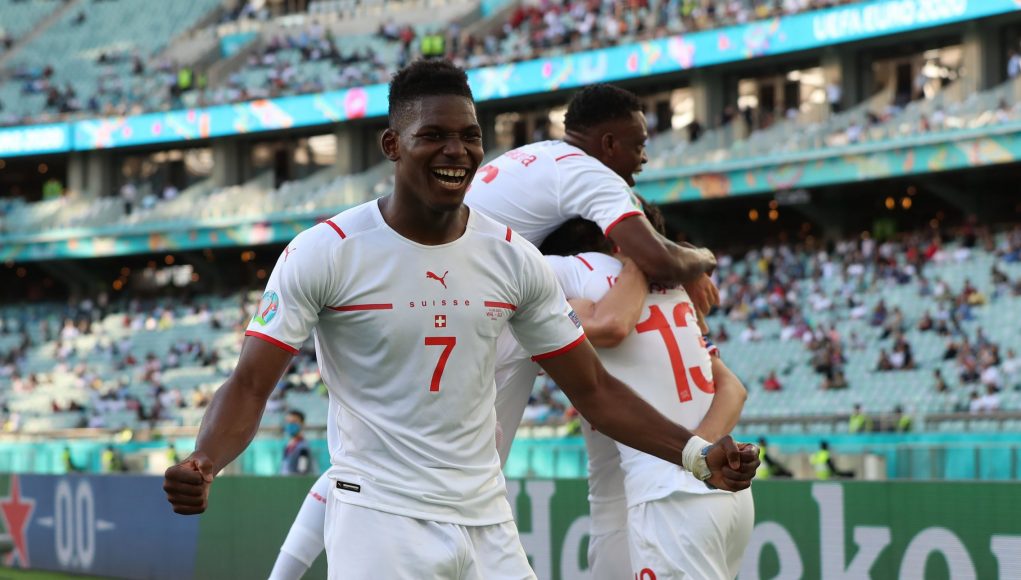 West Ham are stepping up their search for a striker this summer by enquiring about the availability of Borussia Monchengladbach’s Breel Embolo, according to 90Min.

The 24-year-old impressed for Switzerland at Euro 2020 before a hamstring injury ended his tournament in knock-out stages.

With just Michail Antonio in the squad as a recognised striker David Moyes is eager to bring in at least one other frontman before the transfer window closes in August, and 90Min claim the Scot has around £30m to spend on that position alone.

However, it is believed the club’s enquiry about Embolo is for a loan, which would then allow Moyes to reinvest those funds on reinforcements in other priority positions.

Embolo, who is valued at £14.4m by transfermarkt.com, has scored 14 goals and created 14 assists in 75 appearances for Monchengladbach since move there from Schalke in 2019.

The Switzerland international only managed five goals in the Bundesliga last season, which 90Min claim is the reason why his current club are considering allowing him to leave, albeit on a temporary basis.

And while it is crucial West Ham sign a striker this summer, there has been a mixed reaction to the reports from these West Ham fans…

On loan to buy I wouldnt say no…..verymuch like antonio

Showed his class in the euros

Yeah, he doesn’t score a ton of goals, but he’s an Antonio type player. I would absolutely want Breel Embolo at West Ham. Can play up top or on the right. He’s got space, he can be clever. Just needs to work on end product. pic.twitter.com/XBCdMwkelf