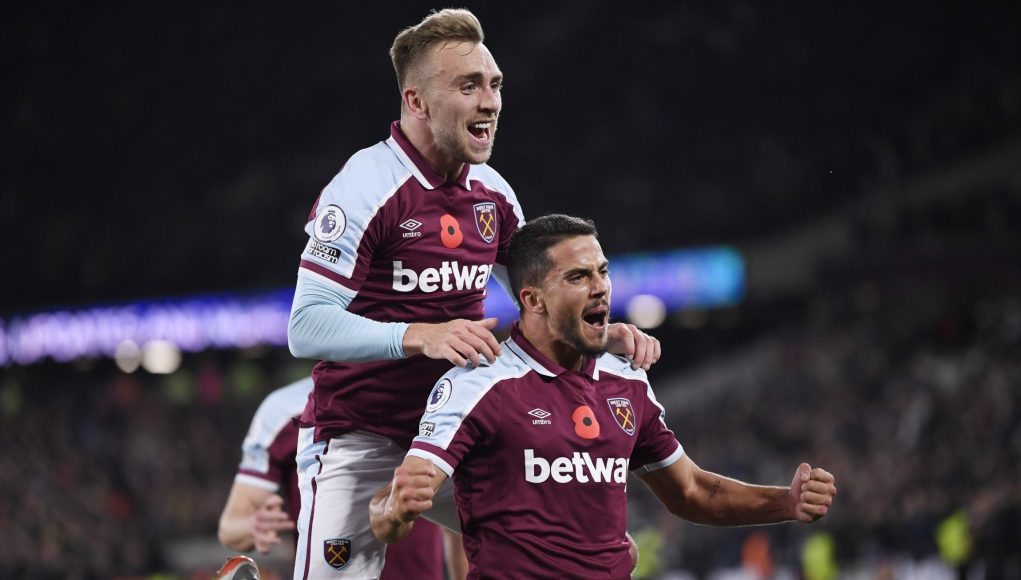 Jarrod Bowen has been on fire this season and is quite rightly being tipped for an England call-up in the near future.

The 25-year-old has 18 goal involvements (eight goals, 10 assists) in 30 first-team appearances for the Hammers so far this season.

His brace on Wednesday night against Norwich City just summed up his form in 2021/2022 as he continues to cement himself as one of the best wingers outside of the Premier League’s ‘big six.’

Talks of an England call-up are completely warranted but it’s not just fans, pundits and journalists who have been impressed with his performances of late.

His teammates are obviously equally impressed, although they won’t be surprised given they must see him do it every single day in training.

One teammate who is clearly loving Bowen’s form at the moment is Pablo Fornals, who has received his own fair share of high praise this season.

The Spaniard commented on Bowen’s most recent Instagram post with the word ‘Fireboy’ alongside a fire emoji.

The fans have been singing ‘Bowen’s on fire’ this season, and clearly similar sentiments are spreading to the Hammers dressing room!