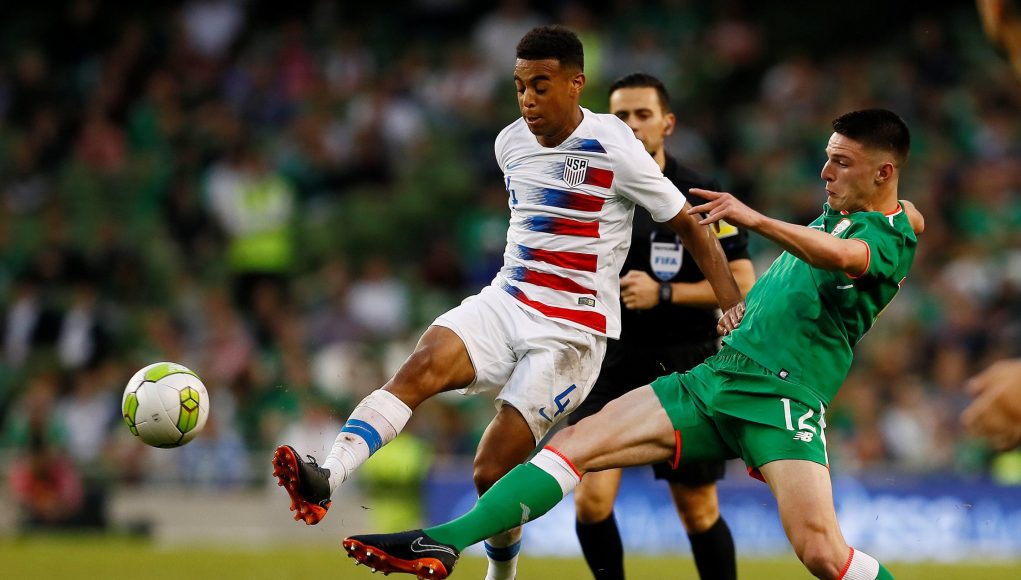 Declan Rice has enjoyed a tremendous rise during the past 12 months, establishing himself as a regular for West Ham and earning his breakthrough at international level.

The Hammers are said to be working hard to reward the teenager with a lucrative new contract and Rice is currently earning further experience with the Republic of Ireland.

Rice is lined-up as the successor to John O’Shea at the heart of the defence for his nation, with the 37-year-old making his final international cap against the United States last Saturday.

O’Shea began his international career in 2001 and the international skipper has tipped 19-year-old Rice to become the nation’s captain further down the line.

Quoted by The Daily Mail, he said:

“He has that confidence, that comfort on the ball, you can see it – the ability and the type of personality that he has, it’s huge.”

“He’s a future captain way down the line, you can see it, without a doubt. Fingers crossed, he’ll keep progressing and play European football.”

“But let’s enjoy him now as well – he’s playing Premier League, he’s coming over and loves being part of the squad, let’s enjoy that for the moment and enjoy watching him progress.”