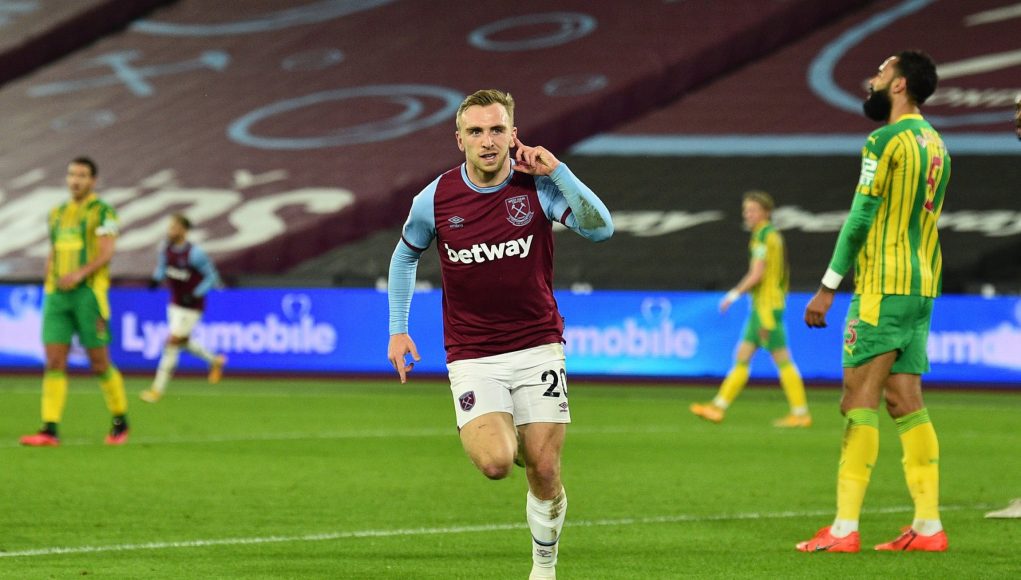 In years to come, when we look back on the 2020/2021 season, we’ll talk about the importance of Declan Rice, Tomas Soucek, Vladimir Coufal and Michail Antonio to the team’s success.

All four players played a huge role in ensuring we achieved a first top-six finish for 22 years and secured qualification for the Europa League group stages for the first-ever time.

In truth, every single player in the squad played an important role in what transpired, no matter how big or small a role they had. But one, in particular, isn’t getting the praise he deserves.

Jarrod Bowen registered eight goals and five assists from 38 Premier League appearances this season and delivered when the team needed him most on more than one occasion.

Having signed for the club in January 2020 and scored on his home debut against Southampton, Bowen arrived with a lot of promise, but the global pandemic got in the way of him picking up some momentum during the early stages of his Hammers career.

However, this season he’s been able to show us what he’s capable of, despite only completing a full 90 minutes eight times. The 24-year-old found himself competing with Said Benrahma for the wide-right role for much of the season and, while he was often preferred over the Algerian to start games, he was usually the one to give way when Moyes opted to bring on the former Brentford star.

A return of 13 goal contributions shouldn’t be sniffed at and Transfermarkt have increased his value to £27m as a result. In fact, since signing for the club in a £20m deal 18 months ago, Bowen’s Transfermarkt value has risen by £9m. 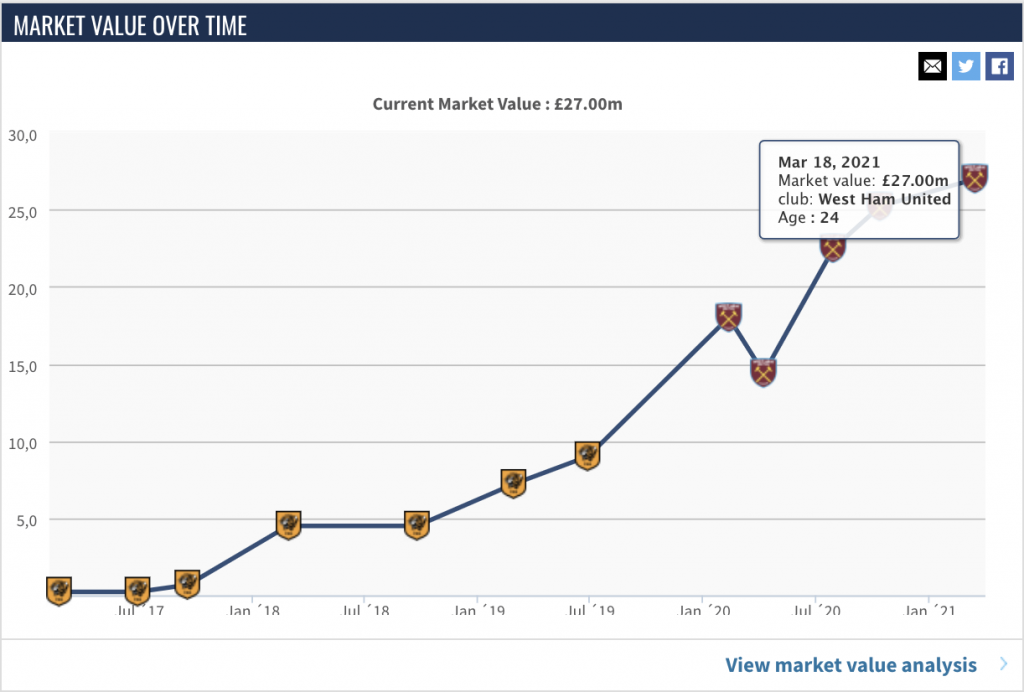 In terms of impact on the team, almost all of his 13 goal contributions led to points being won on the pitch. If you wipe off all of his contributions over the Premier League campaign, West Ham would have been 15 points worse off, potentially taking us from 6th to 11th, eight points adrift of a top-half finish.

Of the 10 Premier League games in which Bowen registered a goal, assist or both, only three of them wouldn’t have affected the final result. Between March and April, he scored three and assisted two in four games, which won us six points alone as we marched on to Europa League qualification.

So while other players within the squad earned all the plaudits, we should also put Bowen in the star player bracket for the 2020/2021 campaign, because without him it would’ve just been yet another underwhelming season in east London.

Hopefully, he can push on even further next term and prove just how important he is to David Moyes’ West Ham project.