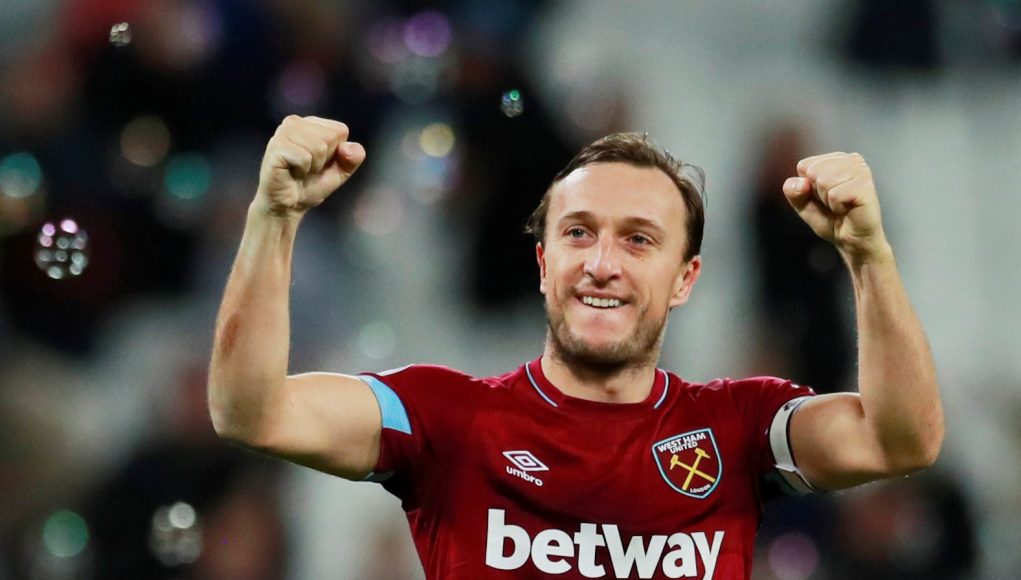 Prior to addressing the main subject of this article, let us all rejoice together after another inspiring performance in our away 2-0 win over Fulham.

It’s hard to recognise how well we have been playing recently; a touch of Brazilian brilliance, some beautiful one-touch total football a la Johann Cruyff’s Ajax, and maybe some of the West Ham Way (for those who believe in such an entity).

Both goals by Robbie Snodgrass and Michail Antonio were an example of great counter attacking football. The first goal was particularly impressive! Baring in mind that we didn’t got off to quite the desired start that can have such an important role in the momentum and end result of the game, we did manage to scrape through that critical period in this match.

That was due, in part, to the fact that Fulham missed some good scoring opportunities and in addition, some fine saves from Łukasz Fabiański. Then in the 17th minute, a move which was initiated by some play just outside our own penalty box culminated in some scintillating dribbling down the left flank from Felipe Anderson; while the Fulham defence may have been expecting a long cross to an area just outside of the six-yard box, Anderson cuts the ball back to Robbie Snodgrass, who hit the ball with thunderous power and accuracy, which left the Fulham goalkeeper grasping at thin air. 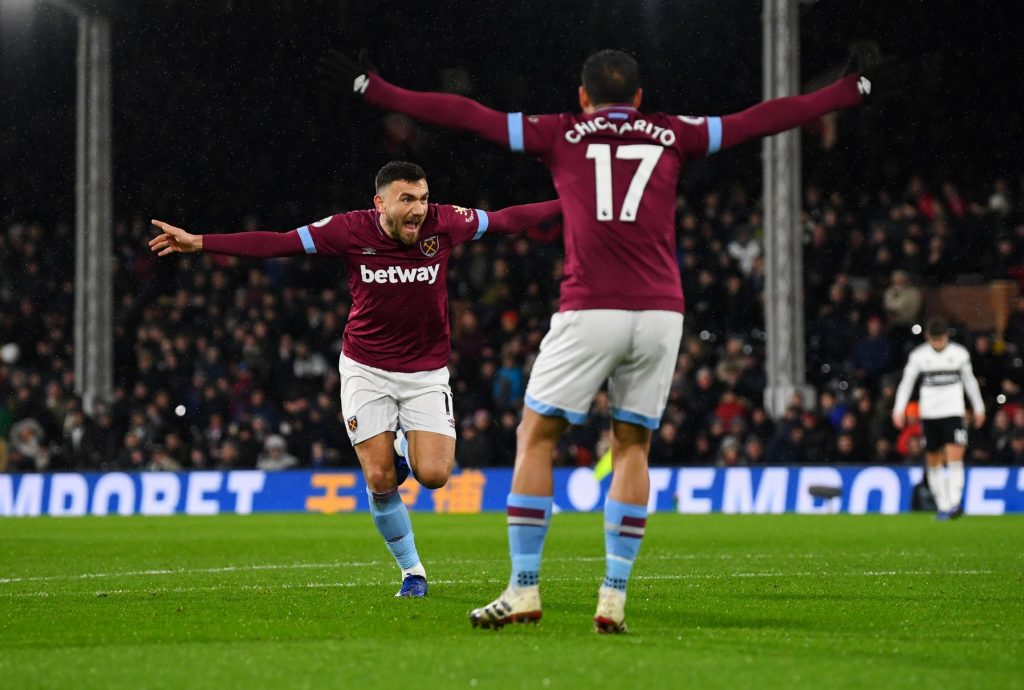 The second goal revealed some special ability from Michail Antonio to quickly control the cross from Anderson, and knock it through the Fulham goalkeeper’s legs. Much more to discuss and contemplate in future articles, but I shall leave you with something to ponder; what is the team doing, aside from the strong influence of Manuel Pellegrini, which has not been seen for a very long time?

Now onto the main theme of this article: ’the Heart of West Ham’. From a personal perspective I have been following the Hammers since 1964 (gosh that seems a long time ago!). Hard to tell why, but there was just something very special by way they played (a la ‘je ne sais quoi’). Whether it was the hotly debated West Ham Way, I’m not sure.

Suffice to say, through the good times and the bad (mainly the latter), that initial connection with West Ham became so much stronger, and remains so to the present day. I almost ended up at West Ham myself in 1973, but that is another story for good keeping.

I would be a total liar if I were to deny that every time the lads come through the tunnel, I get a very strong sympathetic nervous system response and my heart rate goes up by 20-30 beats/min, blood pressure mildly elevated, and often a tear or two from my eyes.

Like Mark Noble, I am a one-team guy, despite my Aussie friends telling me I am crazy following such a team of ‘losers’; why not support Man United, Man City, Arsenal, Chelsea, Spurs, etc, they ask? My response (with a smile) is the old familiar “I remember Wembley, when West Ham beat West Germany; Martin got one, Geoffrey got three, and Bobby got the OBE”.

Last weekend, when we secured our fourth consecutive win at Craven Cottage, I could hear (from the TV) the overwhelming support coming from the visiting West Ham supporters. Each time when watching the boys making an attacking threat on the opposition goal, I would get up from my chair in a state of high expectation. If they miss for some reason, I’d quietly say to myself, “stick at it lads, you are going to get one soon”! 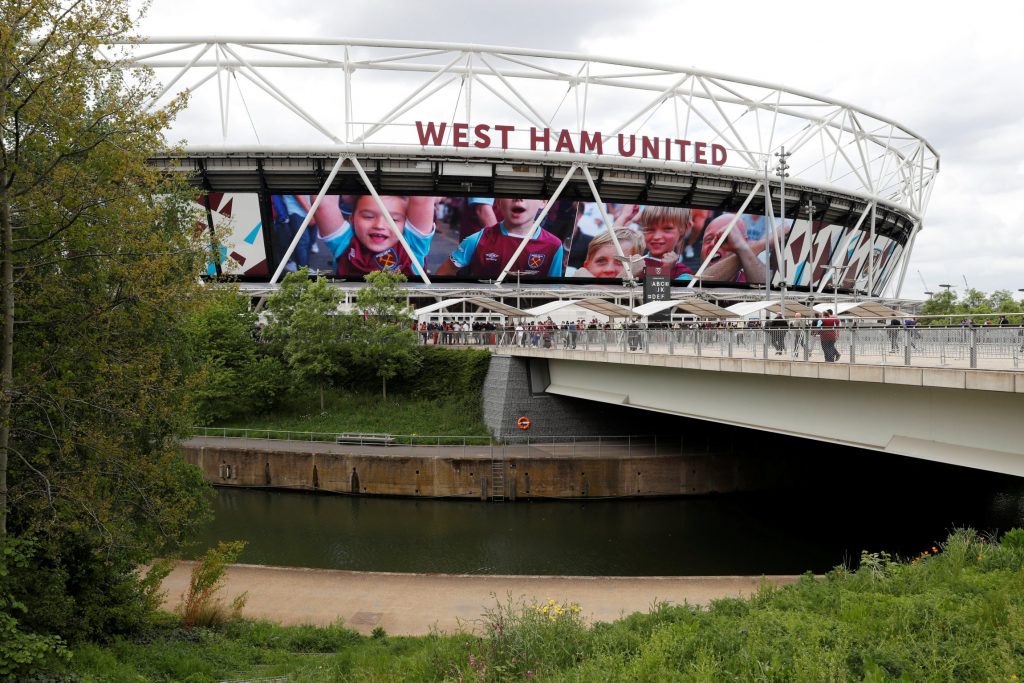 On the other hand, if they do score, I go into an ecstatic state of joy, leaping into the air, and screaming out loud, “oh G-d, ‘Snoddy’ just hit a beauty!”. Bear in mind these games are typically seen in Sydney around 2.00am-4.00am, and invariably, I wake my poor wife up, as well as half the street in which I live in. The combination of sleep deprivation and elation makes the next day seem like a dream like experience, and usually requires a strong shot of coffee to get me back into reality.

Now onto you good folk who are actually out there supporting the Hammers – do you realise how much your strong expression of positive emotion gets to the players? Why do you think that guys like Robby Snodgrass and Mark Noble are playing like men possessed?

Much is due to the yelling and screaming they hear from you guys. In particular, take a closer look at Snoddy; when he starts a run, he has his head down in ‘full on determination’, and is very hard to shake off the ball. His corners have so much swing, making it very hard for opposition defenders to control – invariably, such a sharp swinging ball will lure a defender out of his starting position, allowing a West Ham attacker to slip into the vacated space and score. Furthermore, his last two goals are a strong reflection of Snodgrass being back to his best.

So to my fellow Hammers supporters who are there on matchdays, make sure you have a specially prepared cheer song for everyone in the squad, for both the men’s team and the women’s team, as well. In addition, if and when things go wrong (as they are bound to when you are following a team like West Ham), don’t get too angry with each other and start looking for some reason to start up something ugly. Forget about what might separate us as individuals. Rather, think about what joins us!!

I realise at times it may sound easier said than done, but I have a very strong vibe that we are about to witness, in the next 3-5 years, a very positive change in our club’s identity and future.

So be strong as one united community, as the players would want you to be, and stick at it!