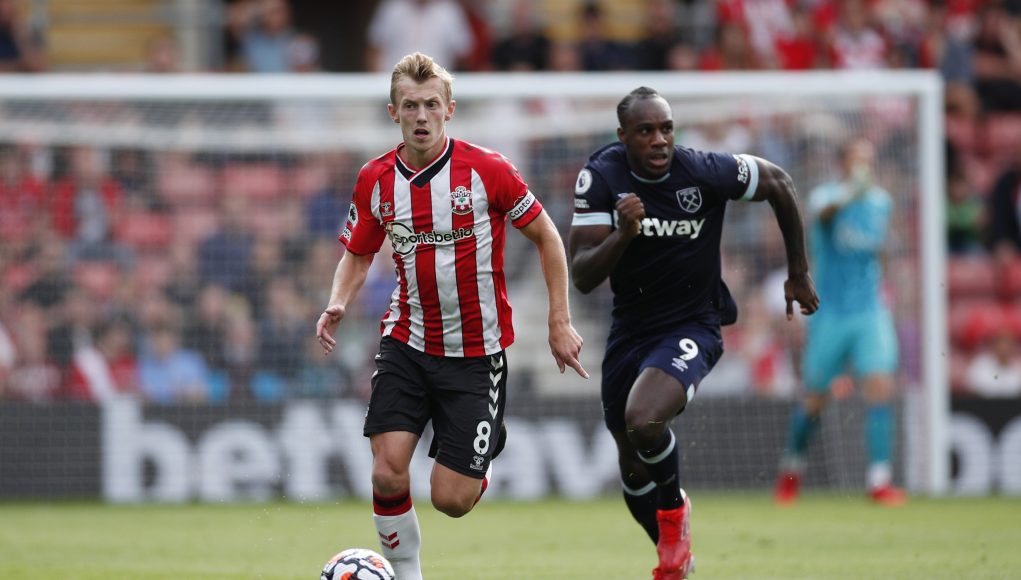 West Ham are reportedly interested in signing Southampton midfielder James Ward-Prowse this summer, and he would pair excellently with Declan Rice.

A report in the Daily Mirro earlier this week linked the Hammers with the 27-year-old, as the club aims to boost their squad depth in midfield.

Declan Rice and Tomas Soucek remain as the club’s only senior options in the middle of the park for the upcoming season, making this position a clear priority for Moyes to strengthen.

Ward-Prowse, who has won 11 caps for the England national team, has been exceptional for the Saints over the past few seasons, and one of their most dominant.

His technical ability on the ball, his range of passing and his brilliant ability at set-pieces are traits that can help West Ham improve in this area.

11 goals and eight assists in all competitions in 21/22 is evidence that he can be productive for the Hammers next year.

His more attacking nature could allow fellow England international Declan Rice to focus more on his defensive work, creating a formidable partnership between the two.

With this in mind, identifying Ward-Prowse as a number one transfer target is definitely a step in the right direction, despite the large fee that he could attract of around £40-£50 million.

He brings plenty of Premier League experience and has been wanted by some of England’s top clubs over the years, making him hot property in the transfer market right now.

If West Ham manage to acquire his signature this summer, then Hammers’ supporters could be in for a big treat this 2022/23 season.

Ward-Prowse would definitely be an excellent addition to the squad and manager David Moyes should focus on signing him.