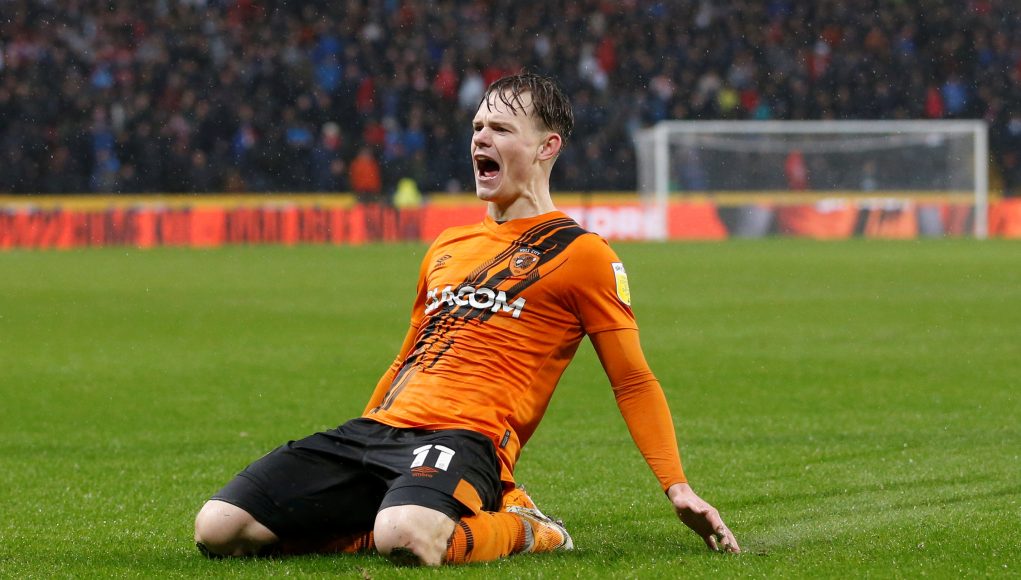 West Ham target, Hull City forward Keane Lewis-Potter, would be an excellent summer signing for the Hammers and the club are very keen on his services, according to several sources.

According to Football Insider sources, West Ham United and manager David Moyes are interested in bringing in the 21-year-old this summer after an excellent season in the Championship.

The U21 England international has been attracting a lot of attention throughout this campaign for his performances for the Tigers.

Playing predominately on the left-wing, Lewis-Potter has already notched 15 goal contributions this twrm – and has shown his skillful abilities by taking on players and producing key chances for his teammates.

After helping his club get promoted into the second division of English football last season, scoring 13 goals, he has now become one of their star players.

Like his former teammate Jarrod Bowen, who has been a revelation at West Ham since arriving from Hull City himself, the youngster can use his skillful dribbling and pace to create chances for his teammates.

This is the perfect signing for the Hammers, who need to recruit someone to play on the left-wing this summer due to a lack of depth in that position. Seeing Bowen become a fan favourite at the club could also motivate him to follow in his footsteps.

David Moyes has a knack for recruiting young, Championship players like Lewis-Potter and turning them into strong Premier League players, too.

If West Ham do attempt to sign him this summer, it shouldn’t cost more than around £20million. If he can adapt as well to the Premier League as he has in the Championship, then Moyes could well have a bargain on his hands.