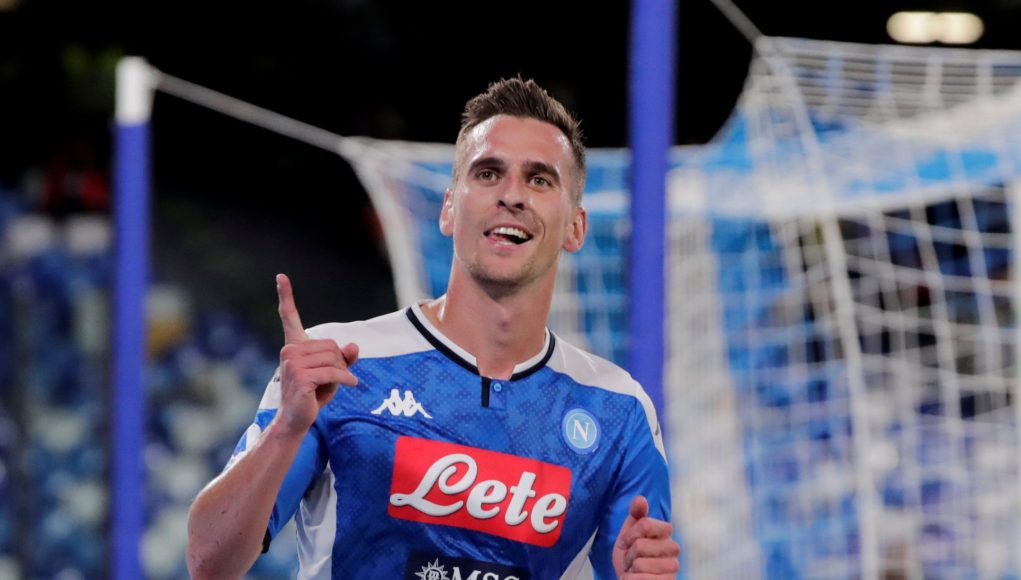 West Ham could be in danger of repeating past mistakes, amid reports the club have submitted a bid for Arkaduisz Milik

Out of favour Napoli striker Arkadiusz Milik, hasn’t played for his club in over five months and his contract is expiring this summer. After being left off the Italian side’s squad list for the first half of the season, his departure appears imminent and it seems more likely he will go in this window rather than for free in six months’ time.

Top clubs like Juventus, Everton and Marseille have all been linked with the Polish international, as well as West Ham. According to Calcio Napoli 24, West Ham have launched a £6.3m bid for his signature already.

With Antonio currently our only striker at the club, David Moyes will be desperate to bring someone in before the end of the month.

Milik’s start at Napoli didn’t go as he would’ve hoped, after joining from Ajax for £28m in 2016. Two knee injuries had kept him out for lengthy periods, and it wasn’t until 2018 that he really began to find his prolific form. He has now scored 34 goals over the last two seasons.

However, after expressing his interest to leave the club in the summer, he has not yet played domestic football. As clubs offer their interest for his services, West Ham remain a front runner in the race to sign the 26-year-old.

In the summer, clubs were looking to spend around £20m-£30m for Milik but, now that he is almost out of contract, he could be sold for a much cheaper price – hence the reported £6.3m bid. For this reason, many would believe he would be a good signing, given that we have a shortage of options in his position.

The Italian website claims that the Hammers have made a €7 million (£6.3 million) bid for the 56-capped Poland international.

However, while Milik is a great player, West Ham run the risk of repeating past mistakes with him. We sold our last striker, Sebatien Haller, because he didn’t fit in our system – and Milik plays in a similar way.

The 6ft 1in striker is a target man that can hold up the play and be dominant in the air. But as seen with our latest transfer blunder, this is not the type of player we need right now.

The difference with Milik in comparison to Haller, is that the Polish international offers more versatility upfront. He is an established forward that knows how to finish, and that experience could be key in our West Ham side.

But it is worth noting that Haller also showed similar goal scoring abilities when he played in Germany, before signing for us in 2019. Regardless of his playing abilities, if he does not get the service then he will not score as many goals.

It is the board’s number one priority to sign a striker this transfer window, but with Milik we run the risk of making the same mistakes. While he brings a good reputation and experience with him, he is not the man West Ham need at the moment.