Gary O’Neil believes West Ham can enjoy a successful first season back in the Premier League and admits he is feeling great following his career threatening injury in April 2011.

The midfielder is confident the side can build on their current good form and meet the challenges faced with them over the next six weeks.

O’Neil told the official site: “We have made a good start and want to get better as the season goes on. We have had good results in first few weeks and started to build the foundations of what we want to achieve.

“There is a really good vibe around the place. The lads have done fantastically so far this season. We have had a decent start and coming up from the Championship is hard, so getting a good beginning to the campaign is important.

“Yes, we have tough games coming up but the form we have been in and the squad we have, we are all looking forward to the challenges ahead and believe we are capable of meeting them.”

The 29-year-old also claimed that he is delighted to be back playing again after a serious ankle injury came close to ending his career in 2011.

“I have said that it was a shock when we all realised how serious and how bad it was. It was frightening and I took a while to come to terms with it. But I never accepted that I wouldn’t play again and always had in my mind that I would play again,” he said.

“I am really lucky. Everyone here – the staff, medical and sports science staff – have been great and I have managed to get back out there. The surgeon did a fantastic job and here I am back playing and enjoying being in this squad.

“It was hard being away from the rest of the team for most of that time. It was all about the long-term goal, though, and I knew I had to train on my own and work hard. So when I came back four months early to play against Derby – which was quicker than we expected – it was all worth it.” 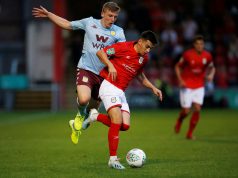 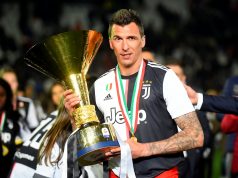