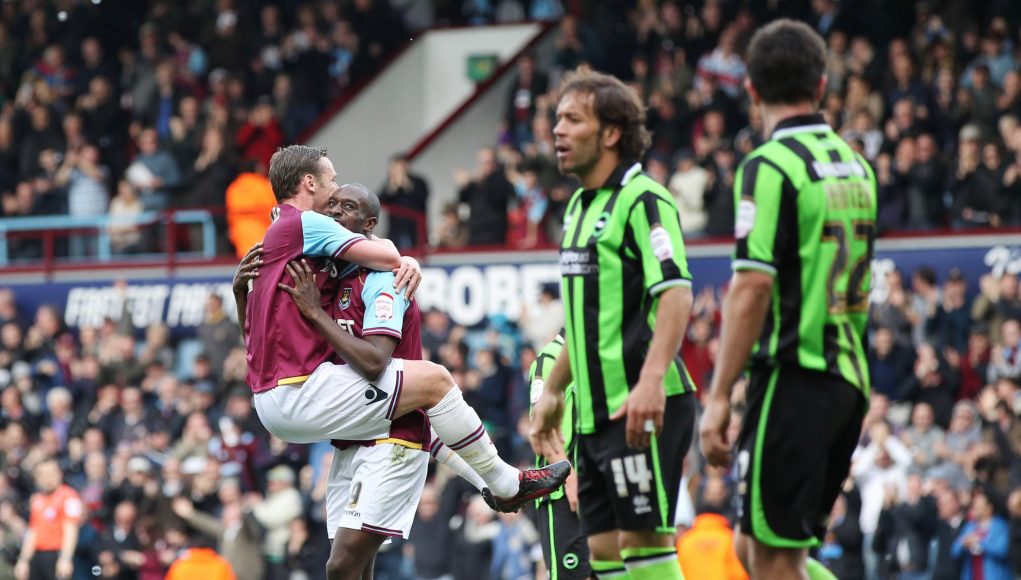 The victory at Upton Park moved the Hammers three points behind second-placed Southampton as the 2011/12 Championship campaign drew to a close.

Vaz Te netted an early brace while Kevin Nolan’s tap in gave Allardyce’s side an assailing 3-0 lead within 11 minutes of play.

The Portuguese forward – who was crucial to West Ham’s promotion back to the top-flight that season – completed his hat-trick in astonishing fashion, converting his bicycle kick from inside the penalty box.

Carlton Cole’s deflected effort off team-mate Henri Lansbury made it 5-0 before a Gary Dicker own goal completed  the Upton Park rout.

Allardyce’s side were struggling for wins on home turf and this was the club’s first in eight matches at the Boleyn Ground, while Brighton remained five points behind the play-off spots.

Vaz Te’s hat-trick made it eight goals in his last five appearances for the Hammers; such form inspired the team to finish third before eventually gaining promotion back to the Premier League through the play-offs. 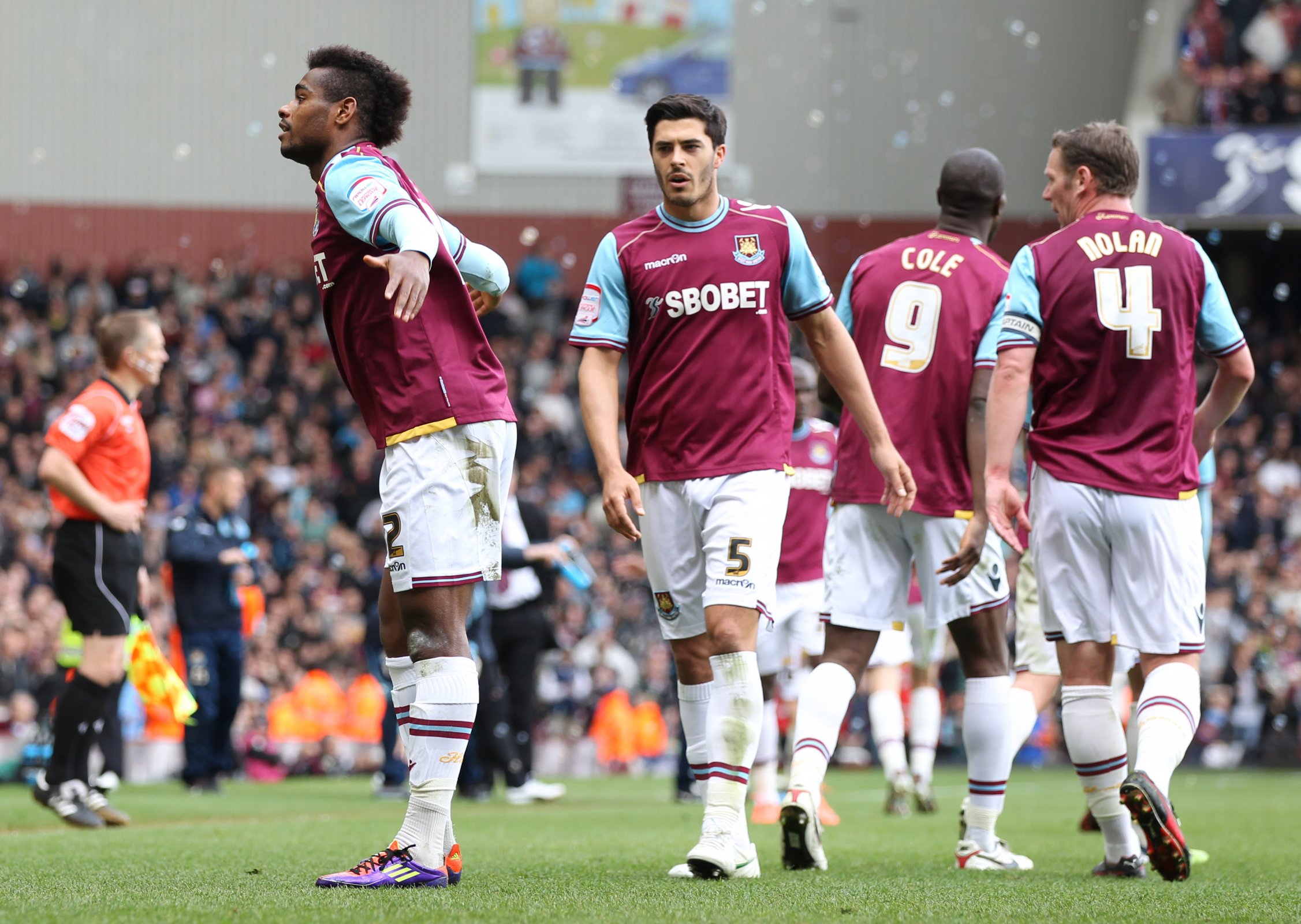 And of course Vaz Te was the man to fire the Hammers back into the top-flight; his late winner at Wembley against Blackpool lives long in the memories of Hammers fans and gave them a moment to cherish.

West Ham’s record when playing on April 14 does not make for pretty reading. 22 matches have been played on this day – the Hammers winning six, drawing three and losing 13. Overall, the club has scored 31 and conceded 35 in these encounters.

The first meeting on this day dates back to 1922, West Ham losing 2-1 to Clapton Orient in Division Two.

The 2011/12 campaign was full of surprises; there were periods in the season where West Ham were dispatching teams with ease and looked too good for the division. However, inconsistencies prevented them from finishing in the automatic promotion places.

But a late winner at Wembley in the play-off final isn’t a bad consolation. Allardyce was appointed to get the club back into the Premier League, nothing else.

There were times where the football wasn’t pretty, but that’s what you get with the former England manager and overall, it was a memorable season for the Claret and Blue faithful.