April 6, 1968. On this day 52 years ago, Sir Trevor Brooking created history by scoring three goals in one game for the first and only time in his West Ham United career.

Aged just 19, Brooking was part of Ron Greenwood’s squad for the first time in his playing career and made his First Division debut against Burnley nine months prior to this meeting against Newcastle United.

Despite being part of the senior setup at such a young age, Brooking demonstrated qualities on and off the pitch that captured the attention of Greenwood and it was not long before he became an integral part of the squad.

Preceding this clash against the Magpies, the Hammers were amid a relegation battle occupying 18th place and were five games without a win. Ambitions of a victory were damaged Geoff Hurst was absent due to injury, but it allowed Brooking to operate as a centre-forward and prove his worth – which is exactly what he did.

The 19-year-old opened the scoring in the first half before Greenwood’s side started to function with confidence, class and were clinical. Two goals were added from John Sissons, while Brooking completed his hat-trick with a second-half brace in what is now a historic moment in his east-London career. 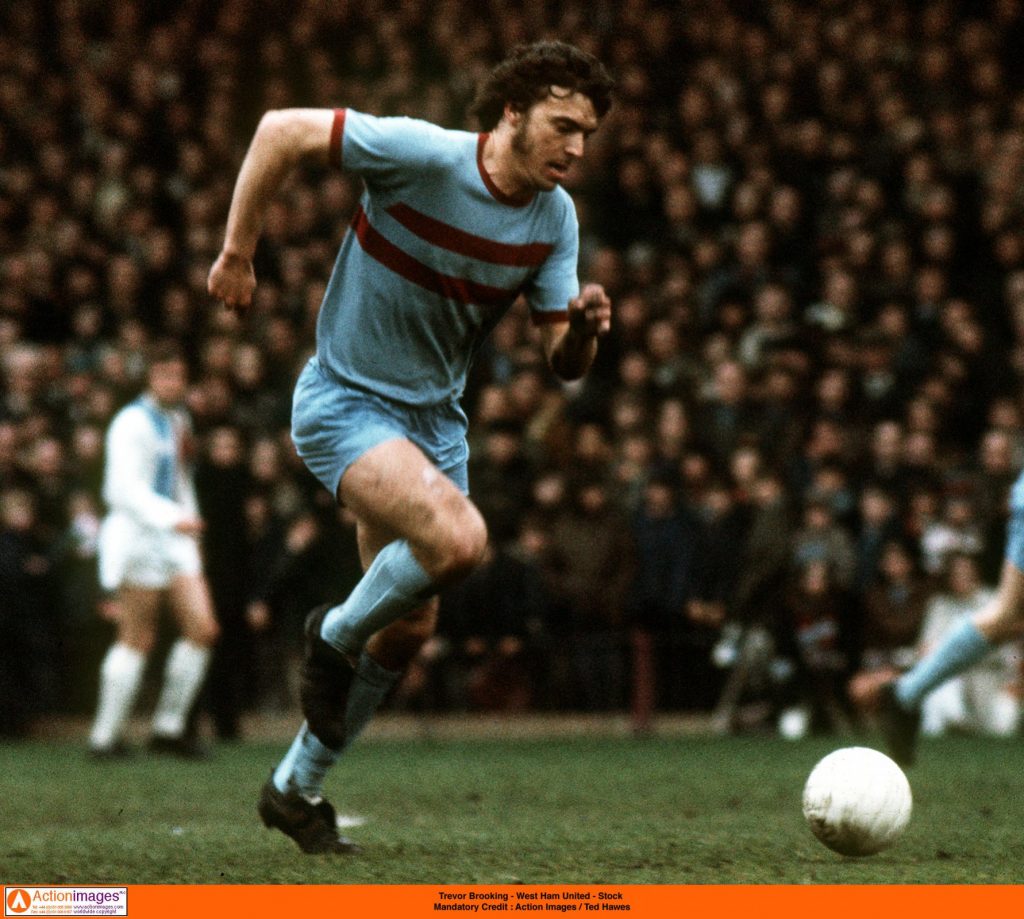 And the hat-trick hero spoke to West Ham’s official website about 5-0 thrashing of Newcastle. He said: “I wore the No 9 shirt and played centre forward because Geoff Hurst was injured.

“We won 5-0 and I scored a hat-trick. It might have been one with each foot and a header.

“All the players signed the ball and I put it on top of my Mum and Dad’s television set. It sat there throughout my career. Gradually, all the names faded.

“It was my first season in the team and you think there will be a few more to come but I never did score another hat-trick.”

Greenwood’s side would go on to claim victories against Nottingham Forest, Liverpool and Sheffield United to steer clear of relegation and finish the 1967/68 campaign in 12th place.