On this day in 1999, West Ham United put five past Derby County in an enthralling 5-1 victory in the Premier League.

The Hammers boasted five of the six goals scored in front of a 25,485 Upton Park crowd, with each strike coming from a different goalscorer.

Italian hero Paolo Di Canio opened the scoring for the Hammers early on in the first half before Eyal Berkovic doubled the Irons’ lead to put them in a commanding position before half-time.

Former Arsenal striker Ian Wright entered the fray as a second-half substitute to score his first goal after returning from a three-month injury absence and West Ham smelt blood.

Harry Redknapp’s side were determined to make a statement to the rest of the division; Neil Ruddock made it 4-0 after 64 minutes to ensure all three points would remain in east London. 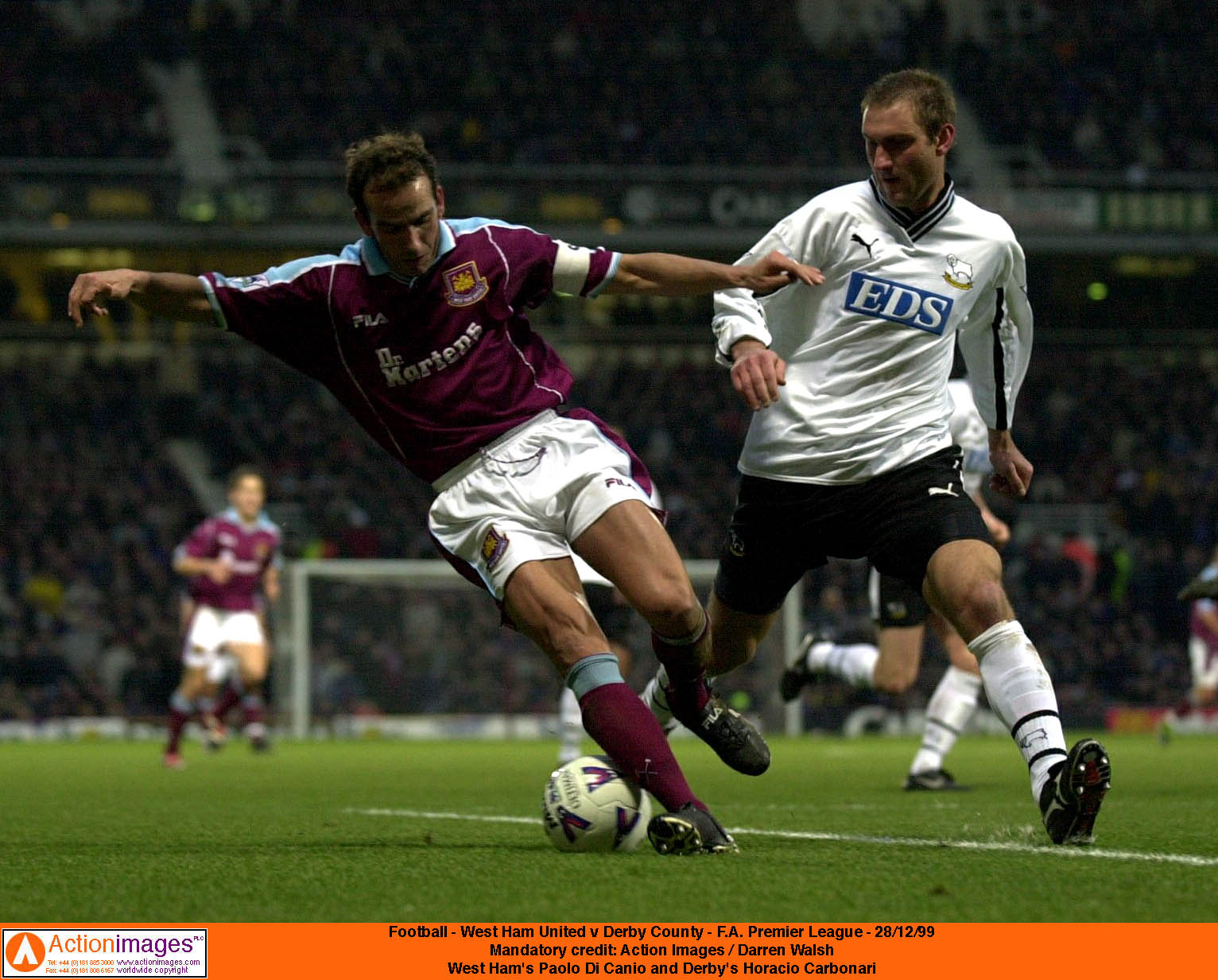 But the Hammers weren’t done yet. Trevor Sinclair added a fifth in the 68th minute before the visitors notched a late consolation courtesy of Paulo Wanchope, who would go on to become a West Ham player just a couple months later.

Redknapp’s side endured a thoroughly emphatic victory and maintained their sixth spot in the Premier League. Two wins from their final four league encounters was enough to merit a fifth-place finish – the highest the Hammers have ever achieved since the division was formed in 1992.

West Ham boast an impressive record when playing on April 17. Having played on 23 occasions, the club has won 14, drawn seven and lost just four times. Throughout that period, the Hammers have scored 40 goals and conceded 17.

The very first match on this date came back in 1920 where West Ham drew 1-1 away to Hull City in Division Two, while the most recent was a 2-2 draw against Manchester United in 2013.