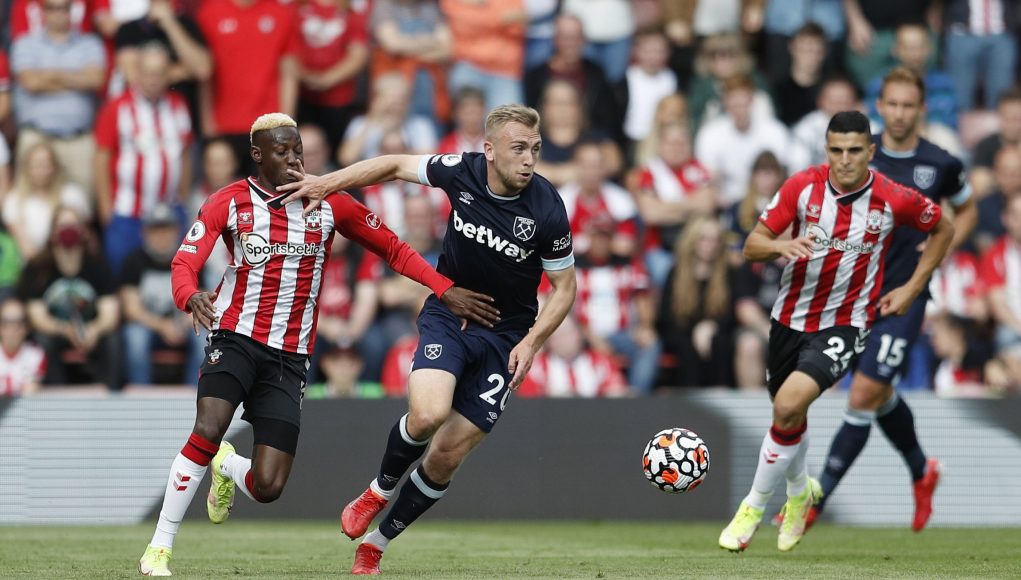 West Ham continued their unbeaten start to the new Premier League season, but it came via a frustrating goalless draw against Southampton at St. Mary’s Stadium.

The stalemate takes the Hammers’ unbeaten top-flight run to seven games, having avoided defeat in the final three outings of last term.

But while David Moyes’ men are seemingly in great form, the last two outings were not as swashbuckling and ruthless as the previous five, having drawn with Crystal Palace at home just two weeks ago.

Whatsmore, Michail Antonio’s reckless sending off in the 95th minute on the South Coast further marred what many were expecting to be another impressive Hammers performance, but it just wasn’t to be.

Southampton fans were worried about the visit of West Ham before the game, often pointing back to previous meetings over the last couple of years where the likes of Michail Antonio has bullied their defence.

It was something Saints supporters were somewhat expecting again this weekend, with Ralph Hasenhuttl’s side not having yet picked up a win and West Ham looking impressive and dangerous on the attack.

But both sides had to settle for a point in the end, which arguably looks better for Southampton on reflection, and these Saints fans took to the message boards to react to the game as well as give their thoughts on West Ham…

“I hate this fixture as a rule but I am disappointed with a point. I thought we could have got all 3. Not keen on the ref.” – Sarnia Cherie, SaintsWeb

“Great second half of the second half. West Ham fairly poor considering the money they’ve spent. We deserved to win.” – Botley Saint, SaintsWeb

“West Ham are set up really well, it’s hard to break them down. Today we had Redmond and Moi totally anonymous, Prowse was quiet too.  Overall not too bad. Broja is going to be fun while we have him.” – niceandfriendly, SaintsWeb

“I think we were playing for the clean sheet today, and we could easily have won it. Thought we made West Ham look very ordinary.” – Danbert, SaintsWeb

“Thought we largely played well and were unlucky not to get the win at the end. We obviously learnt from previous games against West Ham and kept the midfield tight which didn’t make for a wildly interesting first half but did the job in the respect that it stopped them bullying us as normal. Salisu and Stephens were excellent in keeping Antonio quiet, as was McCarthy who didn’t put a foot wrong all game. In fact all the defense played well, Livramento is so smooth going forward and Perraud looks a decent buy. Happy with a draw against a good team. We contained them really well and you’d probably have to say Ralph did a bit of a job on Moyes there as they have far superior players to us but never looked like winning.” – The Cat, SaintsWeb 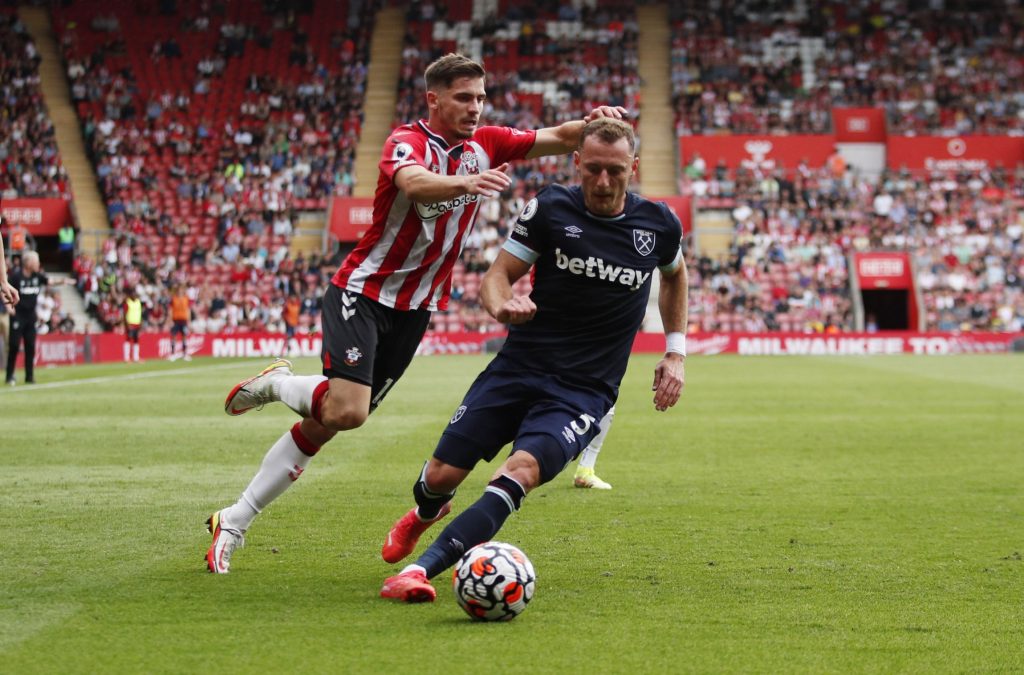 “Cracking game, enjoyed that. West Ham are a classic Moyes team now. Huge, well organised and very dangerous. No disgrace in a point.  Defence was excellent, feels good to say that for once. Something is definitely hampering JWP, he is nowhere near as mobile and was hesitant into a few tackles. Moi is just too slow. With both of them leaving space in the middle, getting the ball forward was difficult. Things improved when Diallo came on but Ralph really needs Armstrong back. Three hard fought for points, season is under way now.” – macca155, SaintsWeb

“I keep hearing how Antonio is the strongest forward about and will bully defenders – well he came to the wrong place today! We roughed him up, muscled him off the ball, played him out of the game and eventually off the pitch. Nice job. Organised, strong, so much better than last season.” – rallyboy, SaintsWeb

“Btw Rice is a talented footballer but a touch on the dirty side (again).” – TIL I Die, Not606

“Personally I would’ve taken a point before KO, as it only feels worse as we’ve not won a game yet and could’ve won this one, although I do think a draw was a fair result. But still hopefully we can get our first win against Wolves, (or maybe Man City, although I’ve gotta be realistic as well as optimistic, although it shouldn’t be like this in the first place!).” – ElijahK, FansNetwork