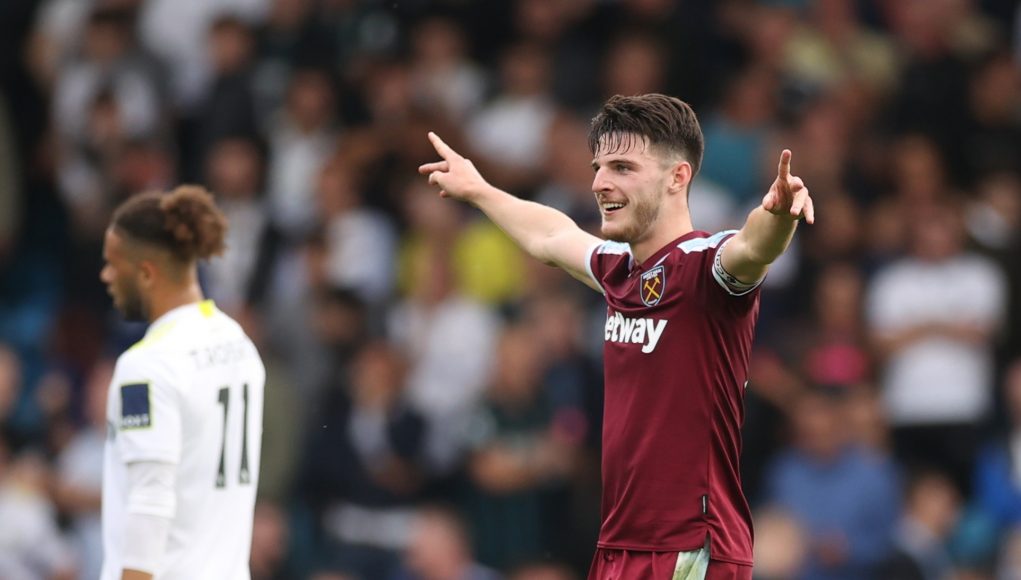 The Hammers were forced to come from behind after Raphinia had given the hosts a first-half lead, but a second-half Junior Firpo own goal and 90th minute Michail Antonio winner ensured David Moyes’ men left Elland Road with maximum points.

And Rice, who notched his second assist of the season by laying on the pass for Antonio’s winner, was clearly delighted with such an emphatic end to the game, evident in his topless celebrations on the final whistle.

And he took to Instagram shortly after the game to express his happiness with the result, posting: “Nothing better than a last-minute winner.”

And fans were very quick to reply in his comments section, saying things like “outstanding captain” and “what a player.”