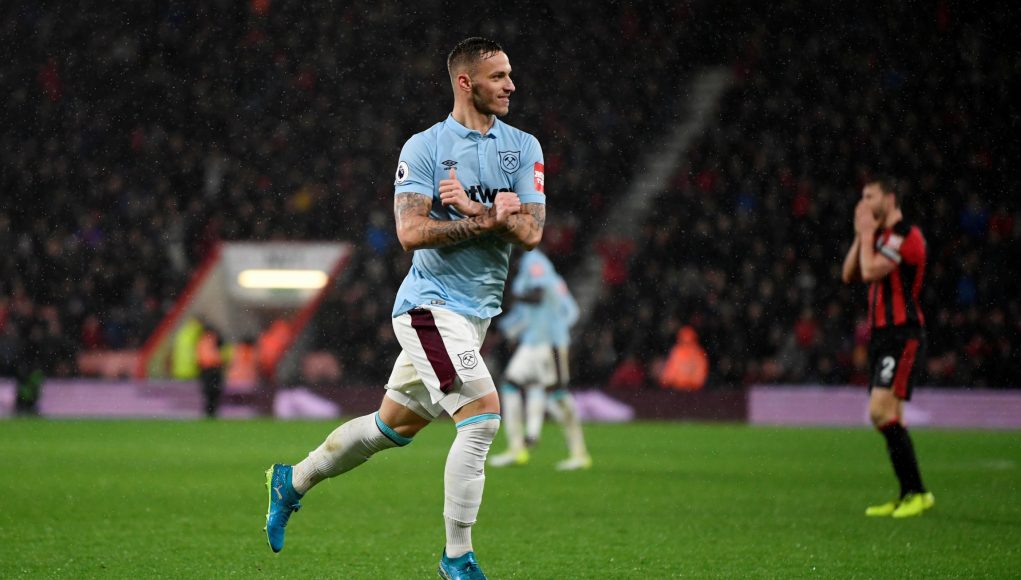 West Ham take on the Cherries at The London Stadium, looking to stretch their recent run of good form and climb further up the table.

Merse believes that West Ham will be successful at home against Bournemouth this weekend, predicting a 2-1 win for David Moyes’ side.

Discussing West Ham’s inconsistency, Merson said: “You see West Ham go to Huddersfield and rip them apart, then they take 120 minutes to beat Shrewsbury at home.”

But he believes that the Irons will come out on top, naming Marko Arnautovic as the main difference between the two sides.

The Austrian is in devastating form and he netted a brace against Bournemouth in the corresponding fixture down on the south coast.

Merse added: “I don’t know how Bournemouth could stop Arnautovic, so I’m going for a home win, as he makes the difference.”

West Ham will be looking to improve on their last performance against Bournemouth when a controversial late goal meant that the shares were spoiled.

The Hammers had fought back from 2-1 down with ten minutes to go to lead 3-2 but Callum Wilson scored an injury time equaliser despite the ball appearing to hit his arm and despite being offside.

But Paul Merson reckons West Ham will edge Bournemouth out this weekend.