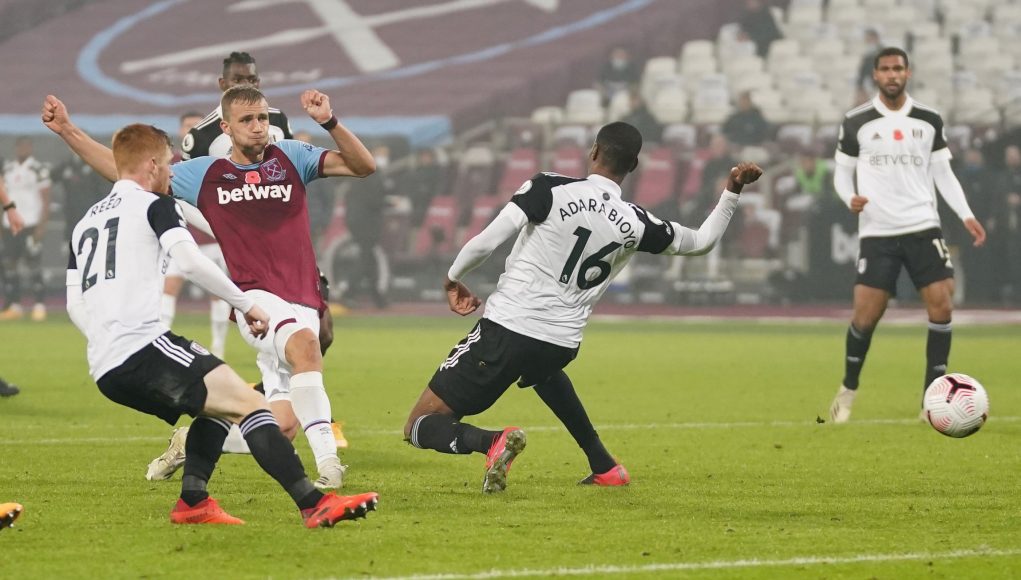 West Ham will look to record back-to-back wins this week, as we prepare to face Fulham in the Premier League on Saturday.

The Hammers travel to Craven Cottage at 5.30pm for another London derby, with the objective of a top-four position at the end of this weekend’s fixtures.

Our last meeting with Scott Parker’s team finished in spectacular fashion, after Tomas Soucek scored a dramatic 91st-minute goal to put us 1-0 up.

However, shortly after we scored, Fulham had won a penalty down the other end. To our relief, Ademola Lookman failed a panenka attempt from the penalty spot in the 98th minute to help hand us the victory. 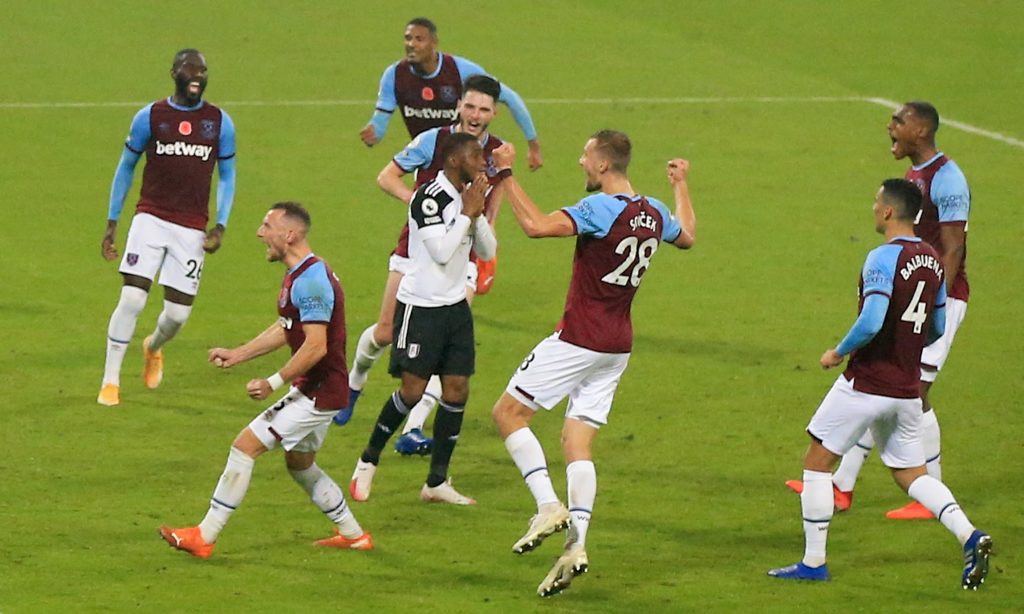 Our eight-match unbeaten run came to an end against Liverpool last week, but West Ham will be hungry for another three points – after tasting victory once again on Wednesday.

We put in a dominating and commanding performance against Aston Villa to get us back to winning ways, as we start to stake a claim for European qualification this season.

Tomas Soucek scored his eight league goal of the campaign, before an excellent Jesse Lingard bagged a brace on his debut to secure a 3-1 win for the Hammers.

Fulham, on the other hand, are on an 11-game winless run in the Premier League and fell deeper into relegation troubles with a 2-0 defeat to Leicester City on Wednesday night.

They are currently 18th in the Premier League table and eight points adrift from safety. Former Hammer Scott Parker and his team have played well in recent weeks but haven’t been able to pick up points after a tough run of fixtures.

They will need no less than three points against us on Saturday, but it is also a must-win game for West Ham and we will make it as difficult as possible for The Cottagers.

West Ham are not suffering from any new injuries ahead of Saturday’s clash with Fulham. Arthur Masuaku is still the only long-term absentee in the first team, sidelined with a knee injury.

Darren Randolph is expected to return back to the bench after suffering from a knock picked up in training, however, Fabianski will start in between the sticks as usual.

Jesse Lingard should retain his position in the starting XI after his Man of the Match performance against Villa in midweek.

However, we might see Jarrod Bowen return to the starting lineup after being replaced by Ryan Fredericks on Wednesday – so that he could help deal with the attacking threat of Jack Grealish.

Fulham also have no new injury concerns for this meeting. Club captain Tom Cairney is managing a knee injury, having made some improvements, but will not be available.

Terence Kongolo returned to training this week but will not be fit to play by the weekend. Deadline day signing Josh Maja, on loan from Bordeaux, is not expected to start for The Cottagers due to a lack of match fitness, but he could feature from the bench.

Fulham have been a hard team to break down so far this season, but West Ham have injected more life into their attack with the signing of Jesse Lingard.

Given the form that West Ham are in, we should be expected to come away with all three points. Fulham will make it difficult but we should find a winner.

We have a tough run of fixtures coming up and so this match and our next one against Sheffield United (H) are must-win games to help us cement our position in the top five of the Premier League.