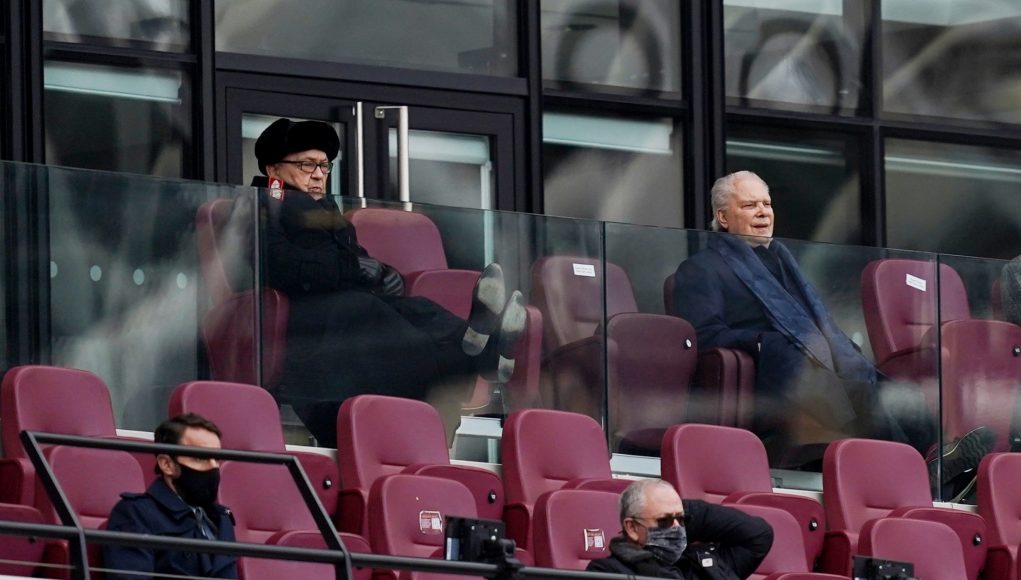 Last week there were reports of a potential West Ham takeover but they were swiftly downplayed by David Sullivan.

Sullivan suggested that the offer was not a serious one and that the club had received no proof of funds from the interested party. However, it turns out that may not have actually been the case.

Henry Winter, Chief Football Writer at The Times, earlier tweeted a statement made by Philip Beard of Pai Capital, who attempts to set the record straight with regards to their bid to buy the club.

Beard explains that ‘a formal offer was made, which was in fact the figure that David Sullivan had initially asked for’ and that ‘our city lawyers were instructed and David Sullivan was provided with proof of funds.’

Beard goes on to say that Pai Capital ‘remains committed to pursuing opportunities to purchase the club.’

Now, these are interesting comments from the man fronting an alleged takeover by a company worth around £13.5billion.

They suggest Sullivan may not have been completely honest with the fans when addressing the reports last week, while Pai Capital have taken the very bold move to go public with their dissatisfaction with Sullivan’s comments.

It could also be seen as a very clever move. A large majority of West Ham fans have made it very clear in recent years that they want Sullivan and David Gold to sell the club as soon as possible, so for Pai Capital to publically call out Sullivan for being dishonest about their bid will only get fans on their side, rather than back Sullivan for claiming the offer “had zero interest in the football side” of the club.

If Pai Capital is able to get fans on their side then that will no doubt put further pressure on the current owners to consider selling if another bid to buy the club is made. They already know they’re not wanted in east London any longer, so any attempt to block a perfectly good takeover won’t go down very well with the Hammers faithful.

Currently, this should only be seen as Pai Capital’s word against David Sullivan’s and no one really knows what the truth is just yet but, if one thing is for certain, this story isn’t going to go away anytime soon.

Here’s what fans were saying on Twitter about Beard’s statement:

I would love to see the back of the current mob, but have no idea about Pai Capital. I have even less confidence in the fit and proper person test. We had a wonderful season but yet again are failing to back that up.

Surely they should be sharing their vision of the club with the fans? Such a fluffy statement

Massive statement this. They seem to understand the stadium issues as well, something GSB seem completely unable to comprehend and seem to be trying to make the whole experience of attending even more miserable.

Are they accusing the Board of being liars and not telling the whole truth? Who would have thought it !?!

Too much emphasis on the “Olympic Legacy” for me but I guess they have to say the right things to get the deal done.

Oh dear. That’s going to go down like a lead balloon.

Refusing to sell by ignorance , the consortium will need them to be forced out for takeover #GSBOUT 👍🏻