With club legend Mark Noble’s last ever home game coming up against Manchester City this Sunday, West Ham World takes a look at the icon’s top three moments as a Hammers player…

Mark Noble solidified his status as a West Ham legend after being awarded a testimonial for his incredible loyalty and performances to the club over the years.

From his first goal in 2007 to West Ham’s Championship playoff final victory to return to the top flight, Noble has been influential to the club throughout.

Upton Park’s testimonial match saw him score in a 6-5 victory during a West Ham all star game, a match that cemented his legacy at the club.

Mark Noble has scored several stunning goals over his 18-year playing career, including many crucial penalties to help give the team a victory.

However, one particular goal that stands out came against Leicester City in 2018. The captain sweetly struck home a curved volley past Kasper Schmeichel and into the bottom left corner.

His goal created a social media frenzy and sent West Ham fans crazy, showcasing his excellent talents on the ball. 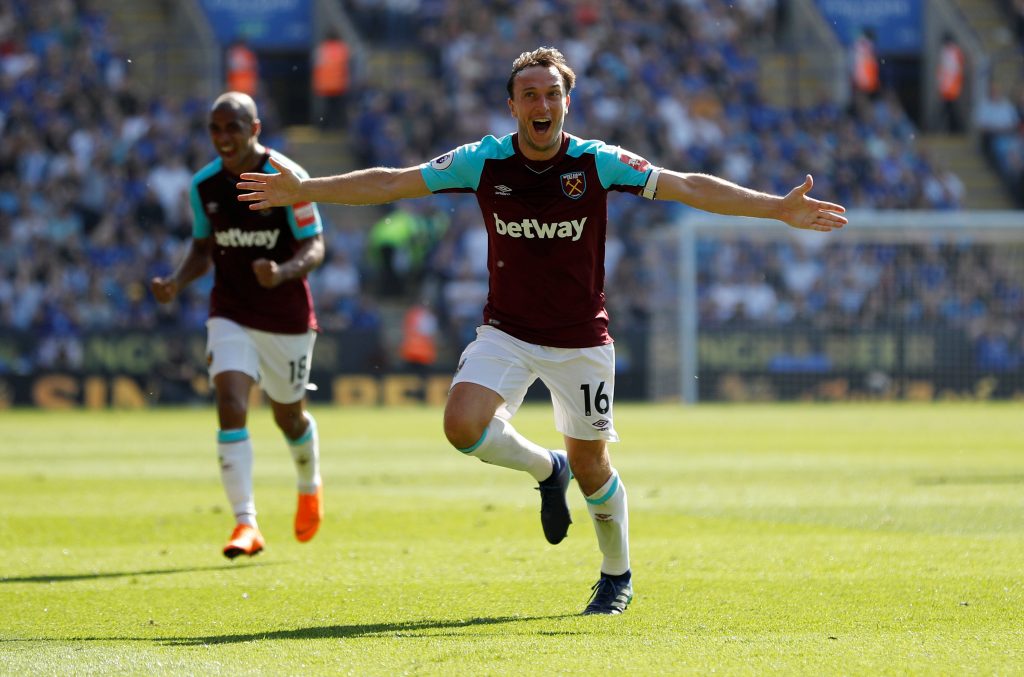 Mark Noble’s goal scoring abilities have decreased as his career has gone on, but his longevity with the club and his consistent penalty kicks has made him one of West Ham’s highest Premier League goalscorers.

One particular highlight for the 35-year-old came was when he equaled the Premier League goal-scoring record of Paolo Di Canio, a player who held the top scorer record for many years.

Now, Noble is the club’s joint-second highest scorer in the Premier League, with his 47th top-flight goal coming against Watford in December 2021.

Not bad a midfielder, eh?