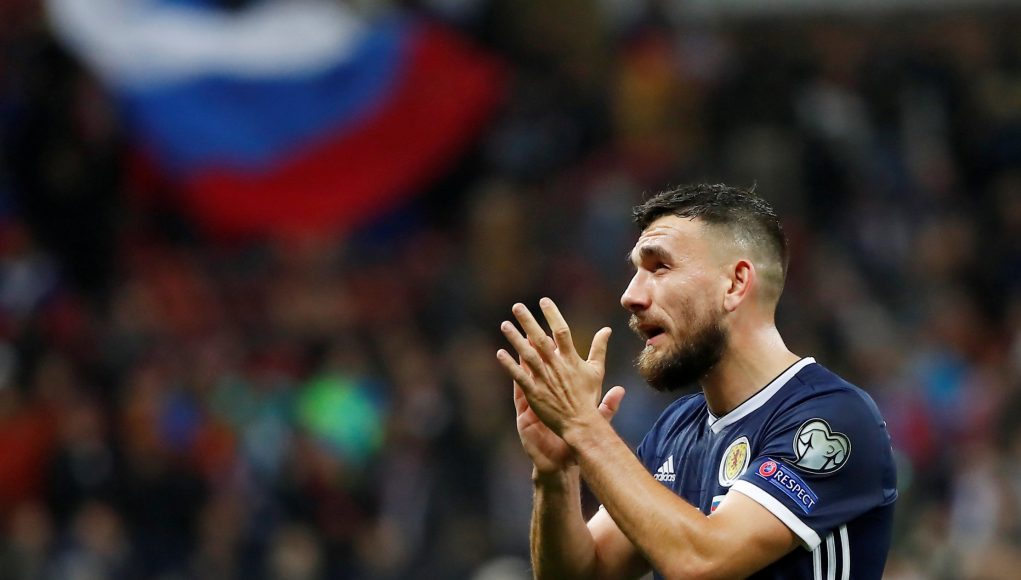 Robert Snodgrass has retired from international football with the Scotland national team, as reported by West Ham’s official Twitter account.

The midfielder has played a total of 28 times for his country, as per Transfermarkt, with his debut coming in a 3-0 victory over Northern Ireland in 2011, while his swansong was the 4-0 loss against Russia last Thursday:

Snoddy has announced his retirement from international football pic.twitter.com/zTd4ASuOcA

Many West Ham fans have been understanding about the 32-year-old’s predicament, with some feeling this decision will allow him to put all of his efforts into getting more minutes in Manuel Pellegrini’s team.

Snodgrass’ main source of game time this season has come in the cup, as he started both the victory against Newport County and loss at the hands of Oxford United.

In the league, he has started once, coming off the bench three times, getting a total of 144 minutes on the pitch – he is yet to get a goal or assist in either competition.

We know Snoddy is a hard working committed player but he only really shines when a team he’s with does. Unfortunately for me and him: that isn’t Scotland

It’s for the best

To focus on getting us champions league. Smart.

That’s one less embarrassment in his life.

Focusing on helping us get Champions League… I like it @robsnodgrass7