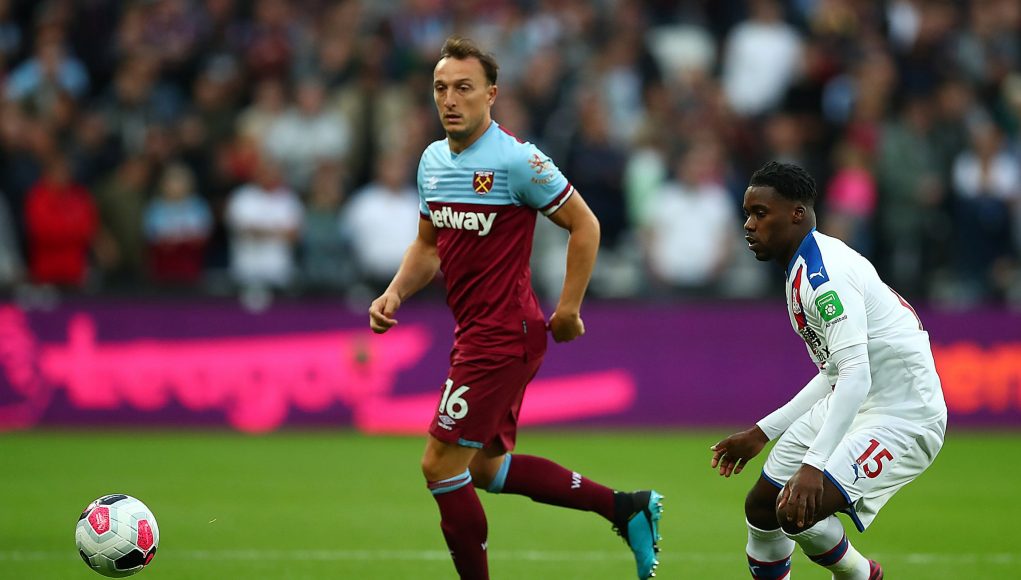 Many West Ham fans have been left very frustrated by the club’s 2-0 loss against Crystal Palace, with Mark Noble’s comments doing little to change that.

Speaking to the Hammers’ official channels after the game, one of the reasons he mentioned for the loss was the big decisions that went against the men in claret and blue:

“We didn’t play as well as we can do but we scored a really good team goal, and we then got two massive decisions that went against us, so the result is very frustrating.” – Mark Noble pic.twitter.com/STBZkc3LZW

He is, of course, referencing the penalty call that went against Declan Rice and the offside decision against Jordan Ayew that was overturned, as shown in the highlights video on the Sky Sports Football YouTube channel.

However, many fans are far from keen on this being used as an excuse, as they were the correct decisions, so they have no link to luck.

They feel that the players need to take responsibility for a performance that was not good enough in the opinion of many, rather than pointing towards the refereeing.

No. No way. Don’t blame it on the “decisions”. Not good enough, simple.

But both decisions were right so can’t even mention them.
Another all round poor performance when we had the chance to move into a decent league position.
Need to stop being arrogant.

Didn’t play as well as we can genius Noble

Both decisions were the correct calls. Big players didn’t turn up, poor for majority of the game. Need to step it up