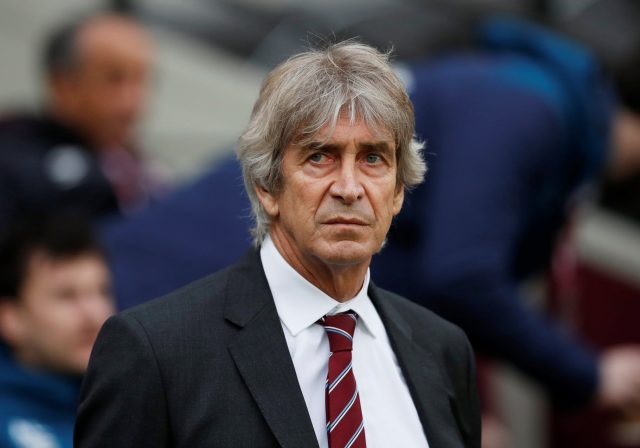 As first seasons go, Manuel Pellegrini’s debut campaign as manager of West Ham United has been fair to middling.

In today’s managerial climate, in which Premier League owners, directors and fans demand instant success, the Chilean’s opening salvo must be given the thumbs up.

Despite a recent run that has seen the Hammers collect just a single league win in six, the club remain in mid-table and heading for a fairly comfortable end to the season.
Pellegrini arrived at London’s Olympic Stadium in May to replace David Moyes, who himself had taken over from Slaven Bilic.

The Croatian had spent two and a bit seasons at the club, steering West Ham to seventh and 11th in the table, before departing in November 2017.

To illustrate how tough it is to remain a Premier League manager nowadays, as many as 13 of the 20 men currently in charge of top tier clubs all arrived after January 1st, 2017.

So, while the 65-year-old Chilean can certainly give himself a pat on the back for his side’s results over the first seven months of his reign, there is rarely a period when any professional manager can afford to sit back, relax and smell the coffee. 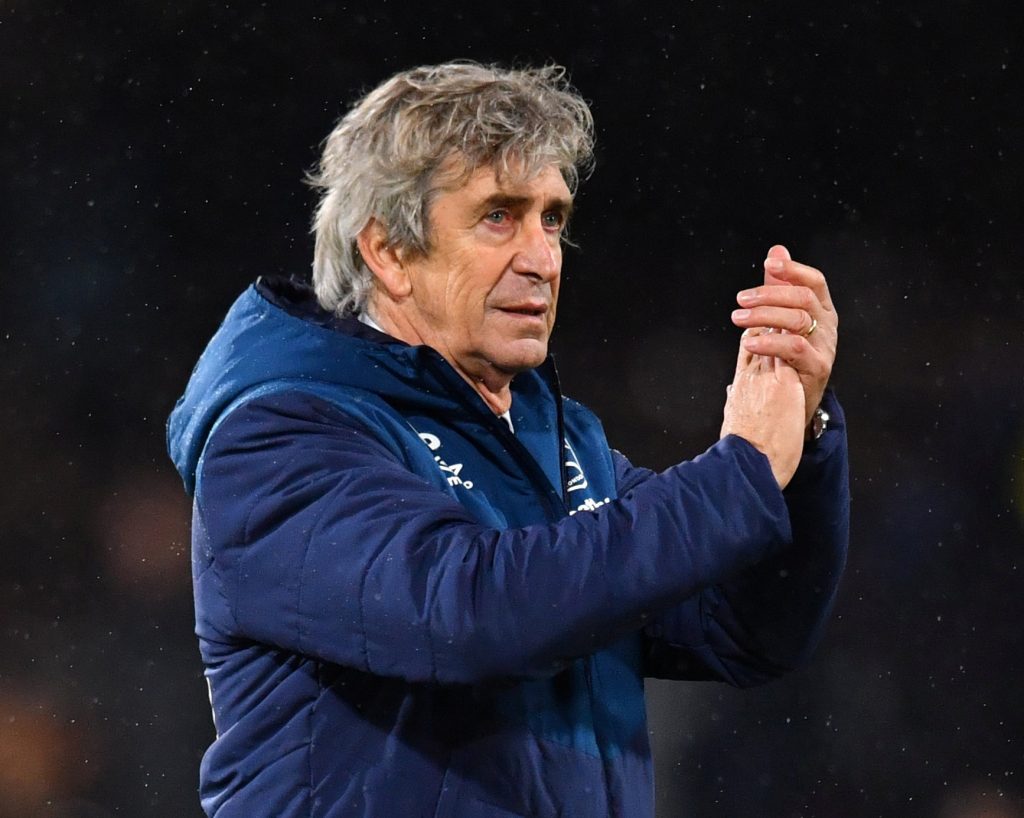 However, the former Manchester City boss will feel upbeat when he views the remaining fixtures of the season and sees that every home game between now and the end is clearly winnable.

And even the bookies are starting to afford the Hammers mid-table status now.

Despite going into their recent home clash with Fulham on the back of five matches without a win, they were still being tipped for glory by Oddschecker and the hosts duly obliged with three solid points in a 3-1 victory.

It was a win that took them up to ninth in the table and, with just over a quarter of the season left to play, were 11 points clear of the dreaded relegation zone.

And there should be no reason why Pellegrini cannot go from strength to strength in his new job.

The Santiago-born former centre-back has been managing since 1988, and his CV shows he has been the main man at a number of big clubs, including Argentinian giants River Plate. 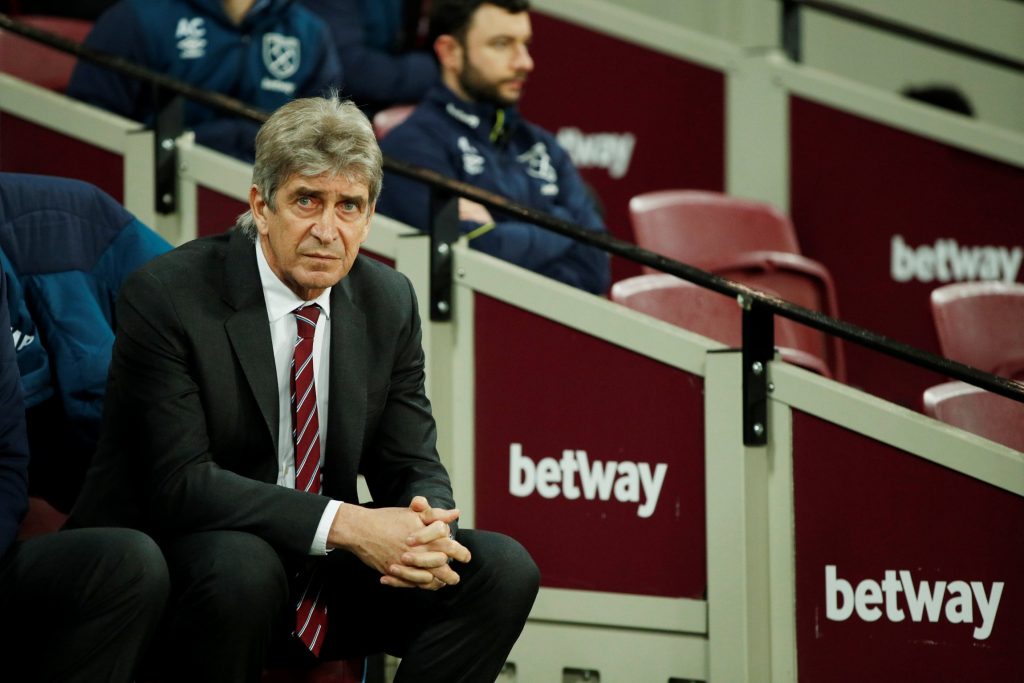 Almost a decade ago, he spent one season at Real Madrid where he lost just four of 38 La Liga games before being replaced by Jose Mourinho.

That 2009/10 campaign, which was also Cristiano Ronaldo’s first at the Bernabeu, saw Real finish three points behind champions Barcelona, and 25 ahead of third-placed Valencia.

He had earlier managed Villarreal to second place in the table, as well as to the semi-finals of the Champions League.

His greatest success so far has come at the Etihad Stadium where, in his first season as City boss, they clinched the Premier League title following a tense battle with Liverpool.

The Sky Blues also lifted the League Cup twice during Pellegrini’s time at the club, including 2015/16, when he left east Manchester to make way for Pep Guardiola.

And it must have been his growing knowledge of Premier League football which persuaded West Ham’s owners to invite him back to England after two years managing in China.

Since Harry Redknapp took the Hammers to fifth place in the table 20 years ago, they have twice finished seventh in the top tier and, in all probability, this remains the most realistic target for Pellegrini – in this and any other season.

Even though Leicester City shocked the football world in 2015/16, by becoming champions of England, the top six positions for the foreseeable future will probably belong to Manchester City, Liverpool, Tottenham, Arsenal, Manchester United and Chelsea.

However, one word of warning for Pellegrini is that both Slaven Bilic and Sam Allardyce enjoyed their best campaigns at West Ham during their first seasons in the top flight.

Looking back now, it is easy to forget that Pellegrini lost his opening four games in charge, and was immediately under pressure.

But he has bounced back well, and the highlights thus far must be home victories over Manchester United and Arsenal.

The 1-0 win over the Gunners on January 12th, which came courtesy of 20-year-old Declan Rice’s 48th-minute goal, left the London Stadium club a satisfactory eighth in the table. 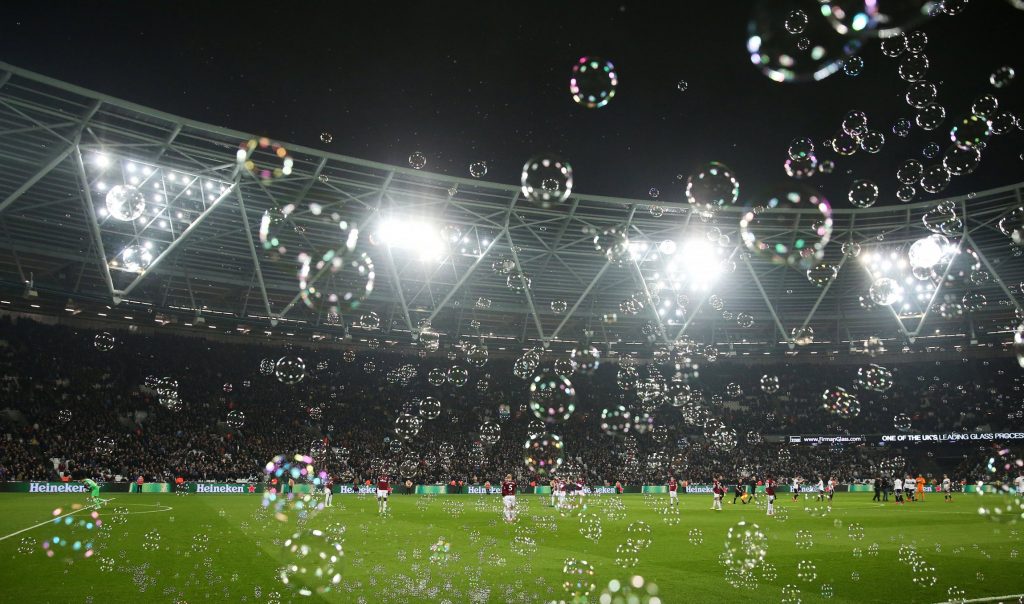 The Hammers had earlier enjoyed four straight wins during December – over Newcastle, Cardiff, Crystal Palace and Fulham – which cemented their status as a mid-table side, for the time being at least.

Pellegrini’s one big disappointment will have been their 4-2 defeat to AFC Wimbledon in the fourth round of the FA Cup.

Yet the omens look good for West Ham going forward under the current boss.
To illustrate his managerial prowess, Pellegrini went back to his former club towards the end of February, when title-chasing City needed a Sergio Aguero penalty to beat the Londoners 1-0.

Despite conceding 76% possession, West Ham managed to frustrate City, who could have been embarrassed if an Andy Carroll header had been on target six minutes from time.
Regarding maiden Premier League seasons with West Ham, Pellegrini’s first campaign has not been too shabby and compares favourably with most other recent managers of this famous old club.

Historically, the best opening season by a Hammers boss belongs to the late John Lyall, who won the FA Cup in 1975.

He triumphed again five years later and, in 1986, West Ham finished third behind the two Merseyside clubs but, back then, football’s talent and money were more evenly shared around and managers enjoyed longer spells in the hot seat.