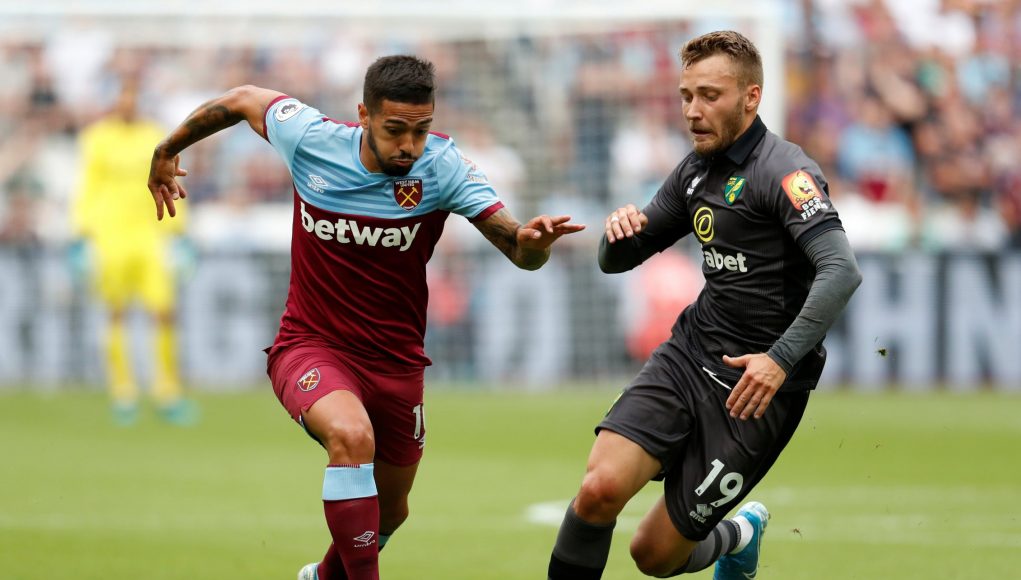 Among a number of impressive performers, Manuel Lanzini has been right up there for West Ham so far this season.

The 26-year-old has continued his majestic pre-season form with stellar performances in the Premier League, thus far providing two assists in the four games he has played.

And now that the Argentina international has fully recovered from his ACL injury that ruled him out for nine months last season and looks as sharp as ever.

After claiming seven points in the month of August, West Ham fans have plenty of reason for excitement.

Considering that after four games last year, the Hammers had no points, it really shows the improvements Manuel Pellegrini has made.

Manuel Lanzini is also sensing the optimism as well, when speaking to www.whufc.com about his desire to ‘win a trophy’ with West Ham.

But whether it’s a trophy or striving for a place in Europe, Lanzini doesn’t seem too picky.

“Of course (we want to challenge for a top-six finish)!

“It is the ambition of all of us and the club, but we must work hard because every team wants this and the Premier League is hard, but we need believe in ourselves and we can achieve this.”

Love seeing stuff like this. About time we had a positive mindset and aim for trophies

I’d love u to win a trophy with West Ham ⚒

i’d love for him to win one for us too

We’d all love the Hammers to win a trophy – it’s been far too long! (The 2012 Championship Play-Off win was nice … but we all know the REAL prize wasn’t really the trophy the sponsors put up – it was the promotion to the #PremierLeague and all the prestige that went with it!)