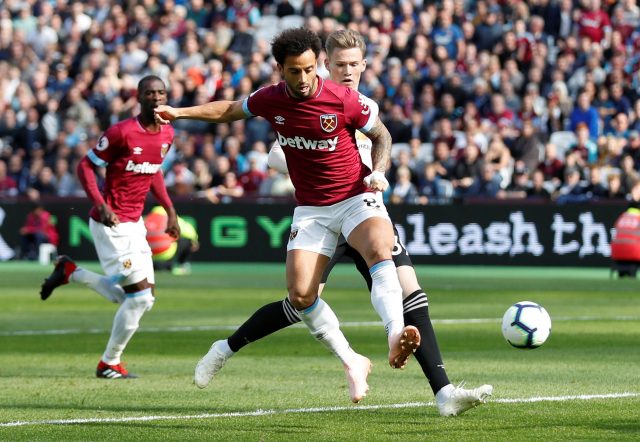 On Saturday we travel to Old Trafford for the game against Manchester United.

In recent weeks United have struggled, losing 2-1 against Wolves as well as a narrow 1-0 home defeat to Barcelona in the Champions League.

Similarly, our recent form has also been erratic, with losses against Chelsea and Everton following the wonderful comeback win against Huddersfield. In each game, we struggled to gain the early share of possession, and never gained full control.

As we wind down the season, it is important that we reach our potential ahead of the 2019-2020 campaign.

I advocate a similar team line-up against the Red Devils, but a reversion to an attacking 4-3-3 formation. This formation can easily morph into a more conservative 4-4-2 if our midfield is under siege.

Lukasz Fabianski, who has been in wonderful form, in goal. A back four consisting of Aaron Cresswell, Fabian Balbuena, Issa Diop and Ryan Fredericks – Cresswell pushed up to resume his growing partnership with Felipe Anderson down the left flank.

On the right flank, Fredericks should be pushed up to make contact with Declan Rice, Manuel Lanzini and Robert Snodgrass.

In midfield I’d like to see Mark Noble, Lanzini and Rice – Lanzini positioned slightly ahead as an attacking playmaker and Rice slightly behind in a defending midfielder’s role. 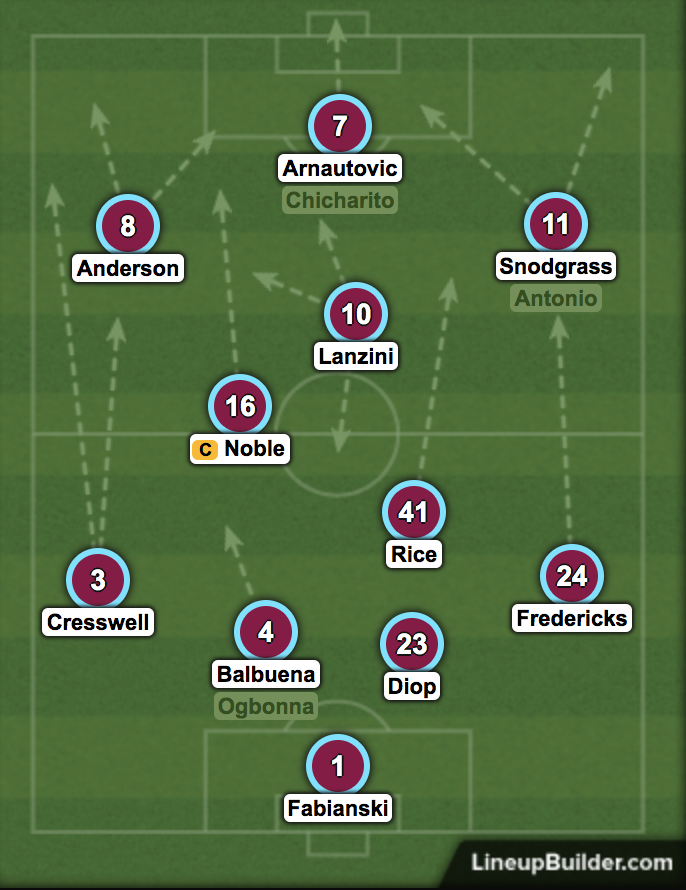 Rice has been in top form recently and we would like to see his stay at West Ham at least for one more year. Check out the positioning of these players and notice the formation of a nice triangle structure ideally suited for the use of moving triangles.

Moving triangles are an important component in team play and movement, as opposed to horizontal and vertical passing.

In attack, I have selected Marko Arnautovic as our central striker, with Chicharito as a possible substitution. Anderson and Snodgrass on the left and right positions respectively.

If we come to play, alert and ready, we have a chance of coming away with something. A win is possible but Lanzini and Anderson must be at the top of their games. I am suggesting that while Man United will score, we will get three.