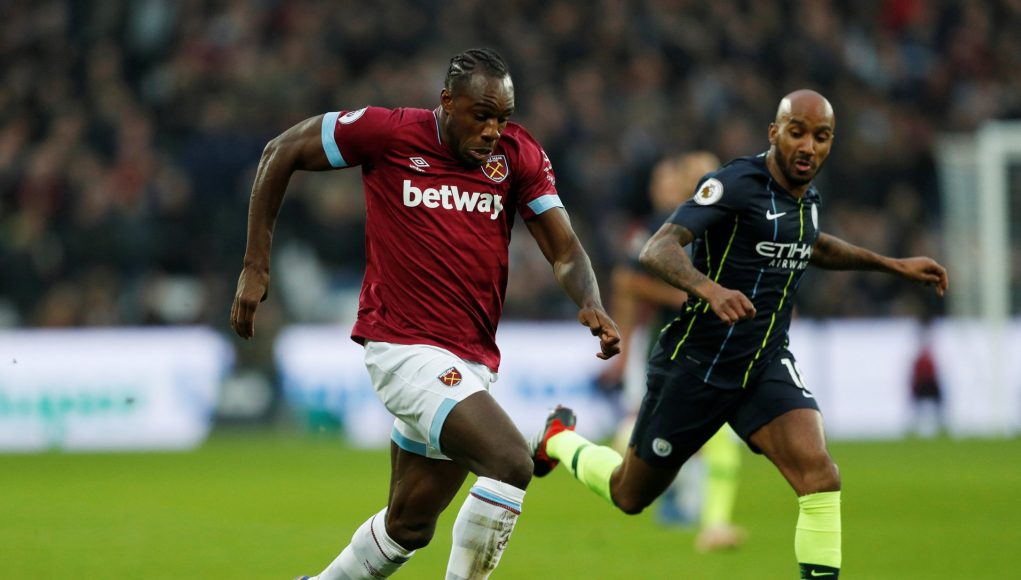 After a solid home win against Fulham, West Ham face the daunting task of taking on a rampant Manchester City on Wednesday night.

Most people would give us very little chance of grabbing anything against one of the world’s most dominant sides, under the guidance of the genius of Pep Guardiola. If we go into this game, playing our most recent type of 4-4-2 formation, we could be in for a real hiding.

However, if Manuel Pellegrini gives it some thought, we have every chance of coming out of this game looking very good, and a potential hint for things to come next season.

A 0-4 (or worse) defeat will definitely lower team morale. However, with Marko Arnautovic and Manuel Lanzini back, we have the chance to emulate the feats of the brilliant Brazilian World-Cup winners in 1970, when they took the Italian team to the cleaners in one of the all-time great all time World Cup Finals.

So on this occasion, I am suggesting that we play with a staggered 4-2-4 line-up, which can easily transform into a 4-3-3 shape if and when required.

An inspection of the nominated formation, shows a similarity to the starting formation that Brazil used in 1970… 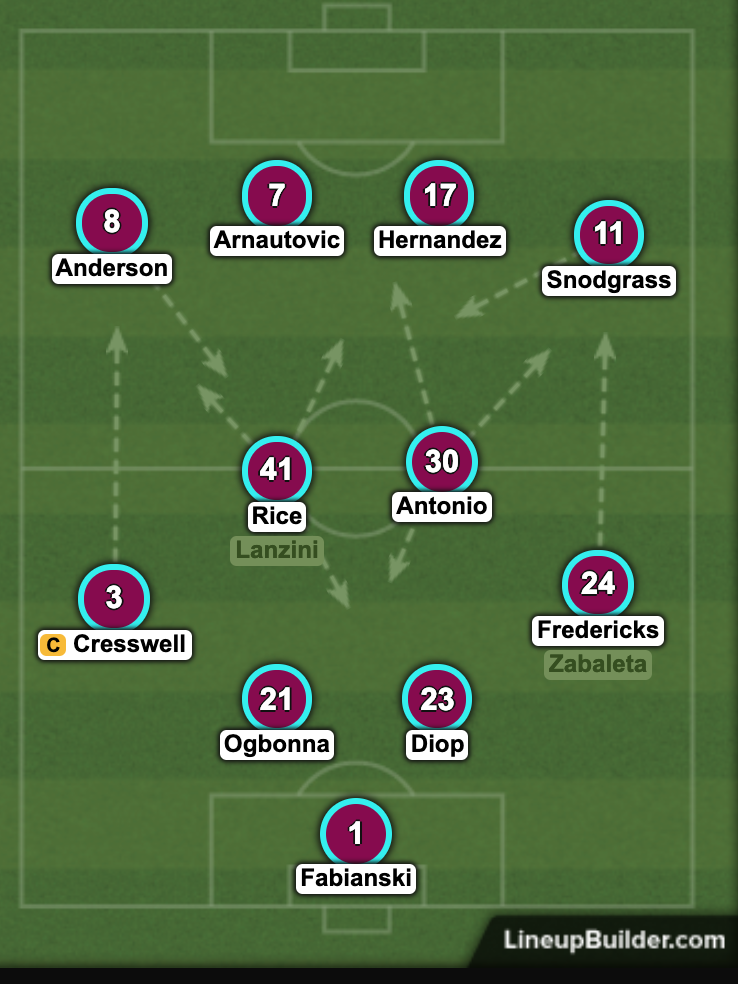 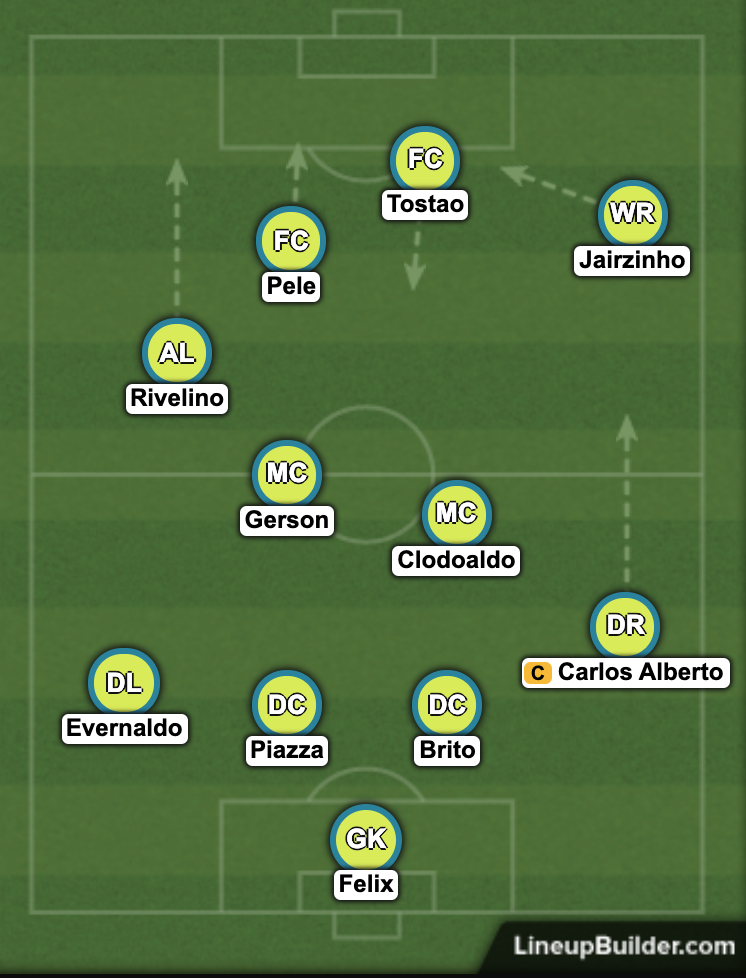 I have suggested starting with a formation with Felipe Anderson pressed up high on the left, with Arnautovic and Chicharito as central strikers, and Robert Snodgrass on the right flank.

If we pulled him and Arnie back a little, in touch with the two central midfielders, then we could assume a shape very similar to Brazilians, where Rivelino formed a nice staggered diagonal with Pele and Tostao, with Jairzinho on the right to make up the four attackers.

For West Ham, playing Snodgrass on the right flank could complete our four man attacking unit. Bear in mind the potential potency of all four strikers, in addition to Michail Antonio.

If we are able to knock the ball around a bit, with players running off the ball, then even our guys could emulate the fabulous 4th goal that Brazil scored in 1970, starting from just outside the penalty box and culminating in Pele pushing the ball slightly to his right, just in time to meet the surging right back, Carlos Alberto, who smashed the ball into the back of the Italian net.

Under normal circumstances in the Premier League, one is loathe to select a 4-2-4 formation, since there is so much pressure on the all-important central midfielders. However, in certain situations, this formation can work really well.

For our game, I have used Rice or Lanzini, together with Michail Antonio, since both are quick reacting, and fast. An alternative pairing could see Anderson and Lanzini, but does that remove something from the attacking four? Note the important roles that both Anderson and Snodgrass will have in giving the central midfield pairing, additional support.

The back four I have nominated are Aaron Cresswell, Angelo Ogbonna, Issa Diop and Ryan Fredericks. I hope that both Cresswell and Fredericks can push up forward to join in attack.

This formation, which suggests a very attacking style of football, could stun Manchester City, particularly if we play well in the opening part of the first half, and the all important 5-7 minute phases either side of half-time. If we can score three goals in this game, then we will have achieved something very important.