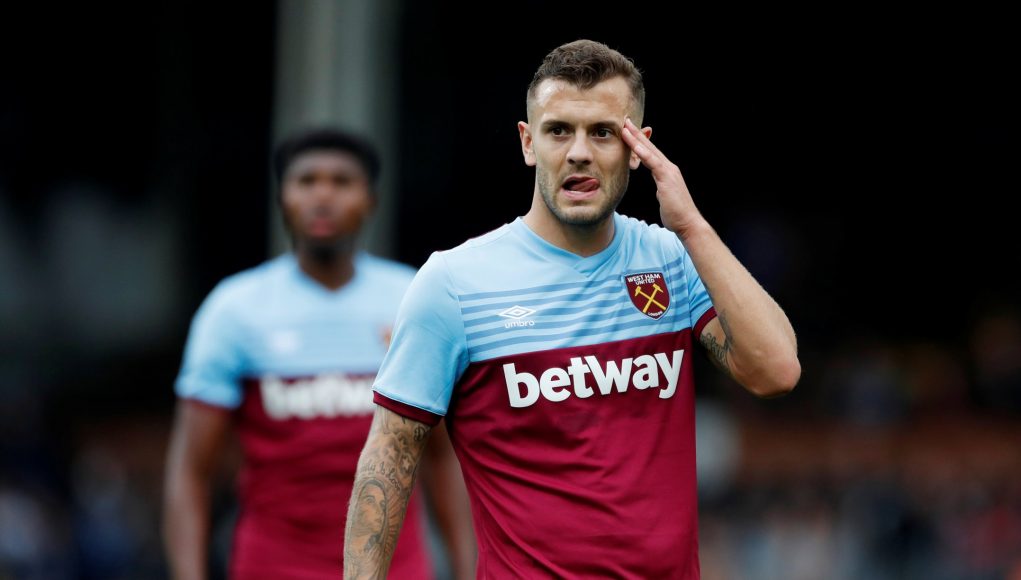 Twitter has reacted negatively to Jack Wilshere’s current contributions to the club.

Wilshere signed for West Ham United on a three-year deal, but some fans are questioning whether the Englishman’s contract is too lengthy.

The 27-year-old midfielder has only played 177 minutes in the Premier League this season, which is the sixth-lowest in the whole squad – as per WhoScored.

The Englishman’s only goal this season came in the League Cup in a match whereby he played a starring role against League Two outfit Newport County.

We cleared Carroll off the wage bill just to have Wilshere for another 2 seasons on £90,00 a week.

712 minutes of football in 13 months. Ridiculous decision to hand him a three-year deal. #WHUFC

It’s been said that Jack Wilshere could earn up to £100k-a-week – according to football.london.

It’s hard to see where a fit Wilshere will play and who will be dropped, with Robert Snodgrass, Mark Noble and Declan Rice all playing against Sheffield United.

The English midfielder has a WhoScored average rating of just 5.9/10, however, he has managed to keep a respectable average pass percentage of 82.8%.

Wilshere can be quality but him, Caroll and the other injury prone players should always be on a pay as you play deal.

I said from the start offer him pay per play #robbingaliving

Said this from day one.
Ludicrous decision to sign him on a three year deal.
Even when he can manage to get himself out there he’s miles off the pace.
Try and come to a settlement and get shot of him.

i think all those injuries have caught up with him

Always going to be a liability.