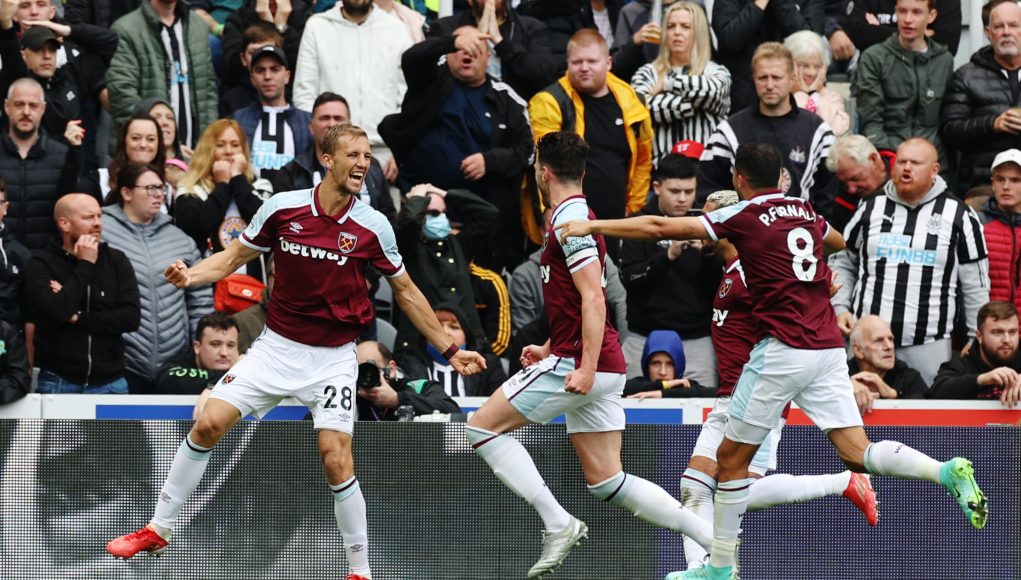 West Ham head into this weekend’s trip to Southampton looking to make it four matches unbeaten at the start of the 2021/2022 Premier League season.

With two wins and a draw on the board so far and with the joint-best attack with 10 goals scored, the Hammers are unquestionably one of the form teams going into this weekend’s action.

The last time David Moyes’ side faced the Saints they ran out comfortable 3-0 winners on the final day of last season, securing a top-six finish and a place in this season’s Europa League group stages in the process.

It made it a 19th Premier League win for West Ham over Southampton, making the Saints the team they’ve triumphed over more than any other.

Southampton, on the other hand, are still waiting for their first win of the new season, having followed up their opening day defeat to Everton with draws against Manchester United and Newcastle United.

Ralph Hasenhuttl’s side have lost 16 Premier League games in 2021, more than any other side, and have kept just one clean sheet in their last 24 league outings.

And James Beavis, sports journalist and huge Southampton fan, pointed out where the Saints’ weaknesses are ahead of Saturday afternoon’s clash when chatting to the We Are West Ham Podcast earlier this week.

Beavis said: “As an outfit, West Ham are impressive all over the pitch.

“I think we’re quite a small team as well, we’ve lost Vestergaard who is like 6 foot 6 or whatever, so people like Soucek and anyone big basically, I will always fear for us against that because we can be a little bit weak physically.”

Having conceded six goals in their first three games of the season, Southampton have showed some defensive vulnerability since selling Jannik Vestergaard to Leicester City in the summer, and West Ham should be looking to exploit that with their attacking prowess from set-pieces.