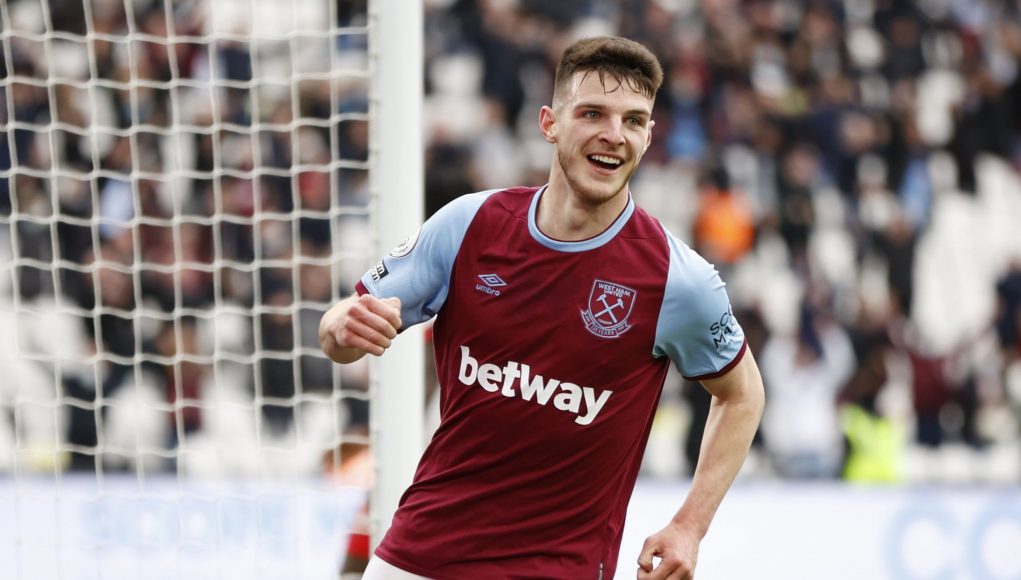 We all know the story behind Declan Rice’s journey from an unwanted Chelsea youth player to one of the best defensive midfielders in Europe, if not the world.

The 22-year-old has emerged as an England regular and West Ham captain in just four short years and is now being heavily linked with a return to Chelsea, with the Blues seemingly prepared to admit a very expensive mistake in bringing him back.

And while that transfer saga may continue to rumble on for months, maybe even years, it appears lightning may be about to strike twice in London.

French journalist Loic Tanzi revealed on Twitter this week that West Ham are on the verge of signing Chelsea’s Pierre Elimby, whose Stamford Bridge contract expires at the end of this month.

In a deal Tanzi says is worth around €1.5m and includes a significant percentage of any resale value for the Blues, the 19-year-old is about to join the Hammers after deciding his future lies away from west London.

It’s no surprise Elimby has chosen to sign for us, given the meteoric rise of Rice since emerging in the first team in 2017, and I’m sure the club will be confident that the defensive midfielder has the potential to follow in Rice’s footsteps to Moyes’ first team.

Not a great deal more is known about the deal and whether Elimby is joining the first-team or will spend time with the Development Squad first, but it’s yet another good sign that the club is making moves for the future, following the arrival of Reading’s Thierry Nevers last month.

Tanzi also revealed that the player has already been training at West Ham over the last few weeks, but did not state which squad he was training with.

With a limited transfer budget compared to other big clubs across the continent, making moves to sign players for the future is a very shrewd strategy that we should be looking to do more of in the future.