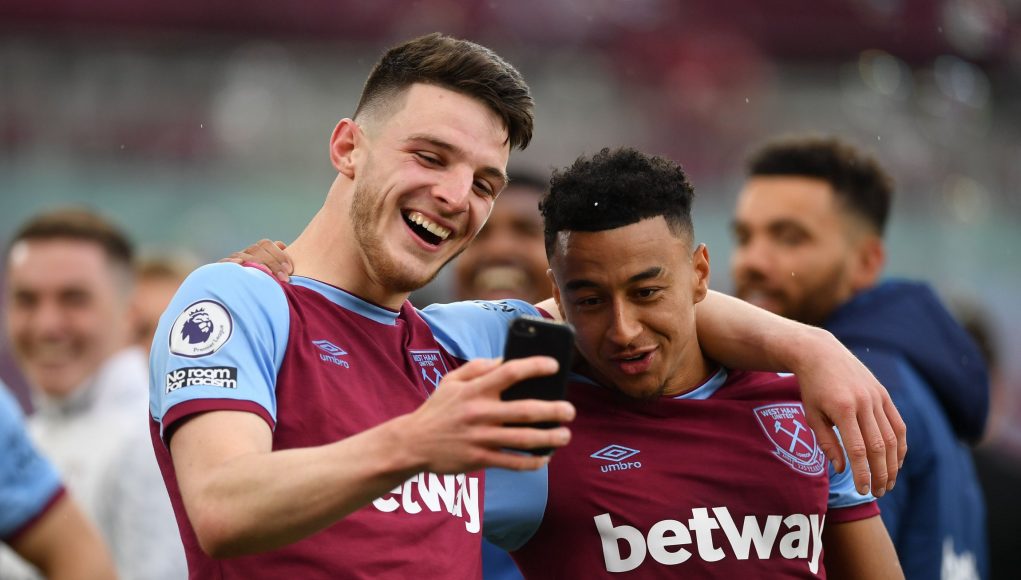 It was Declan Rice’s birthday on Friday and given how good he has become at football over the last few years, it’s crazy to think he only turned 23-years-old.

The West Ham midfielder has developed into one of the best box-to-box midfielders in world football over the last few seasons and is now being touted for big-money moves to some of the Premier League’s biggest clubs as a result.

Of course, the Hammers are desperate to keep him and they might be able to if they can find a way of qualifying for the Champions League this season.

But until then, the Hammers faithful are simply enjoying Rice captaining their team while it lasts and this season has been no different.

His popularity both on and off the pitch is increasing rapidly, made evident by all the birthday messages the midfielder received on social media on Friday.

While the club and the fans flocked to the likes of Twitter and Instagram to wish him Happy Birthday, all his teammates went out their way to do the same in Instagram comments and stories.

But one big name seen in the comments was none other than Jesse Lingard, who become a very good friend of Rice’s during his loan spell in east London last season.

Of course, it was simply someone commenting under a mate’s social media post but it didn’t stop fans piling in with several ‘come home’ comments towards Lingard.

Lingard has been heavily linked with a permanent return to London Stadium this winter after his hugely successful loan spell in claret and blue last year.