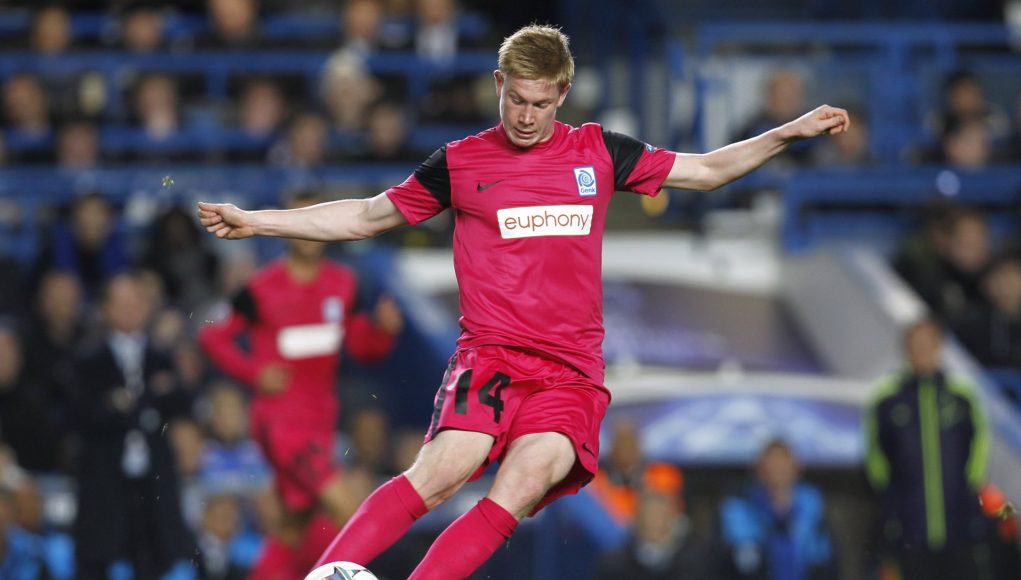 We all know the history of West Ham’s youth academy.

The club is synonymous with bringing through young, exciting talent who go on to achieve huge success in their careers.

From the likes of Bobby Moore to Frank Lampard, to Joe Cole and Declan Rice, the Hammers boast one of the most famous and successful youth academies in world football.

But ahead of Thursday night’s Europa League clash against KRC Genk, it turns out the Belgian outfit are just as proud of their own youth academy‘s success in recent years.

It’s something of an unknown fact that Genk are responsible for a selection of some very well-known names here in England, as well as one of the current best players in the world.

That’s some alumni to boast and Genk supporter and podcaster Tim-Oliver of the TerrilTalks podcast, has also hinted there might be plenty more where they came from in the very near future.

Speaking to the We Are West Ham Podcast earlier this week, the Genk supporter spoke proudly about his club’s youth academy and revealed a very special link between Genk and West Ham in the process; youth players mean so much more to the fans than any other player at the club.

He said: “Absolutely, we are really proud of that, and rightly so.

“It’s in the DNA of the club, it’s really ingrained in how the club is being run. Around 20 or 25 years ago the youth accommodation was shameful, there was nothing.

“So they started investing heavily into it and quickly saw the benefits of having their own youth academy because one thing that Genk fans have always found paramount to being a Genk player is having the right mentality, and by having youth players you have so many years that you can work on that and you really, really give the DNA that you want them to have.

“So that’s why it’s such a cornerstone of the kind of club that we are and, you know, we’re a club in the far eastern corner of the country, you have to do everything on your own.

“Now it’s kind of grown into the business model of the club to not only have great academy players but also buy players very young, develop them thanks to the European football that we play, but also thanks to the very professional way of working of the club, which is in Belgian terms, exceptional, and then make a profit. So it’s been working really well.

“The professional downside is that after every major success or after every league title we win, let’s say, we lose our best players. This year was different, after we won the cup we didn’t sell our players.

“But they’re very proud of the work they’re doing and as of now the U21s are playing in their own league and the top four at the end of the season will be promoted to the second professional division in Belgian football for the first time ever.

“They are currently top of the league with 15 points out of five games, so maximum points and things are looking really good. There are some really, really talented guys in the squad, so expect in about five years for some new names to start popping up on the Belgium national team as well.

“That’s something that we’ll always cherish, our own youth players.”

So while we may know very little about our next Europa League opponents, it’s great to learn that our clubs hold the very same values when it comes to developing world-class football players.