As inspirational stories go, Gary Steer’s is right up there with them. Being told you’ll never walk again, let alone play football, must be one of the hardest things to digest in life, but writer and poet Gary’s determination to bounce back and prove his doctors wrong helped him realise a dream of having his poems printed on West Ham merchandise and sold in the club store. From mouse mats to mugs to framed poems, Gary’s work is becoming very popular amongst the Hammers faithful.

I had the pleasure of interviewing the poet earlier this week and he told me what kept him going and how his love for writing helped him come to terms with the accident that left him paralysed, ruining a potential dream career as a footballer.

First and foremost, before your accident, you were an aspiring footballer. How good were you? Did you have a real chance of making it as a professional? What position did you play?

I lived and breathed the game and dreamed of playing for West Ham. I was such a single minded player that I thought nobody was better than me. There were better players than me but I never believed it at the time. I was a Jermain Defoe type player. Very greedy but clinical. A striker.
I’ve read about how you were told you would never walk again, let alone play football, after being paralysed in a bicycle accident. How did you bounce back from that? It sounds like a truly inspirational story?

I pushed myself to the ultimate limits and football was still my dream. I couldn’t walk but I just kept practicing day in day out. Eventually something had to give. I wasn’t giving up until I got exactly what I wanted.

You went on to play football again just six months after the accident. Was that at the same level or did your injuries hinder your opportunities?

My balance was hindered but I still knew where the goal was. I was probably only 45% of the player before however I finished with 14 goals in 14 substitute appearances. Only second behind the top scorer.

When did you realise that writing and poetry was something you’d like to pursue a career in?

Writing became my therapy. For years I’d build up and hoard pessimistic thoughts within my mind. I would get into trouble as a youngster so I needed an escapism. Writing gave me that. I’m not qualified, it’s just a gift.

Your self published autobiography “Fighting a brain injury” takes people through the pain and fight you endured after the accident. Why did you decide to write it?
I actually hate that book. It is not a true reflection of what happened. At the time of writing and publishing it my brain was infected and distorted. It is what I’ve achieved since that book that is important to me. However, it was the beginning of my career.

You now write poetry for West Ham merchandise. Is this something you’ve enjoyed the most? How did you realize you were a good poet?

I only write for West ham but I’d like to write for other clubs, events etc. Again, poetry is not something I’ve studied. My brain just makes up rhymes. They get jammed in my head and only way to release is to grab some paper and a pen.

Many people reading this will own a product with your poetry on it. Your work is being sold to fans, just like you, and is now very popular. How does that make you feel?

Very proud. Only West ham fans know what it’s like to be a fan of our club. I am biased but, Upton Park is a magical place and there is a bond of loyalty within that stadium. So, for fans to resonate with my emotive poetry is more important than monetary value. It’s sort of symbolizes what being a Hammer is all about.

You speak on your website about your passion for writing and poetry, which has given you huge success in recent years. What’s your next step? Is there anything you’d like to try next? Is there anything in pipeline both you and other people can look forward to?

Yes, I’m currently writing a kindle book on my personal poetry and it’s got a very catchy title and front cover. I will not divulge this until the time is right. I do not judge success by how much money is in my bank but by the impact I have on people. If somebody praises me or buys my stuff it’s priceless

You’re a massive West Ham fan. Do you get to go much? Has your love for the club given you extra inspiration for work?

Of course, I can write about any player or sport, but with West Ham it’s very personal. Some people might question my ability to write for other clubs. But I know what football means to every fan out there whether it be Liverpool, Arsenal or Man United. I’d never do anything for Milwall though – out of principal!

Finally, what advice would you give anyone who may have experienced what you have? How can others find the fight and inspiration to bounce back and make something of themselves?

Just keep going. Something is only impossible if it’s not within your control. Give up and you definitely won’t achieve anything. Keep plugging away and even if you’re 1% closer to your goal it’s better than giving up!

To read more about Gary’s story, visit his websites below:

If you’re interested in buying Official West Ham merchandise with Gary’s work on it, click the link below: 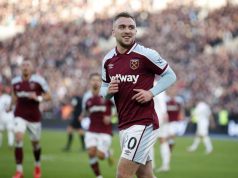 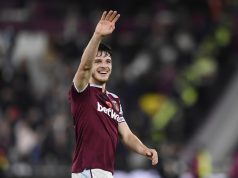